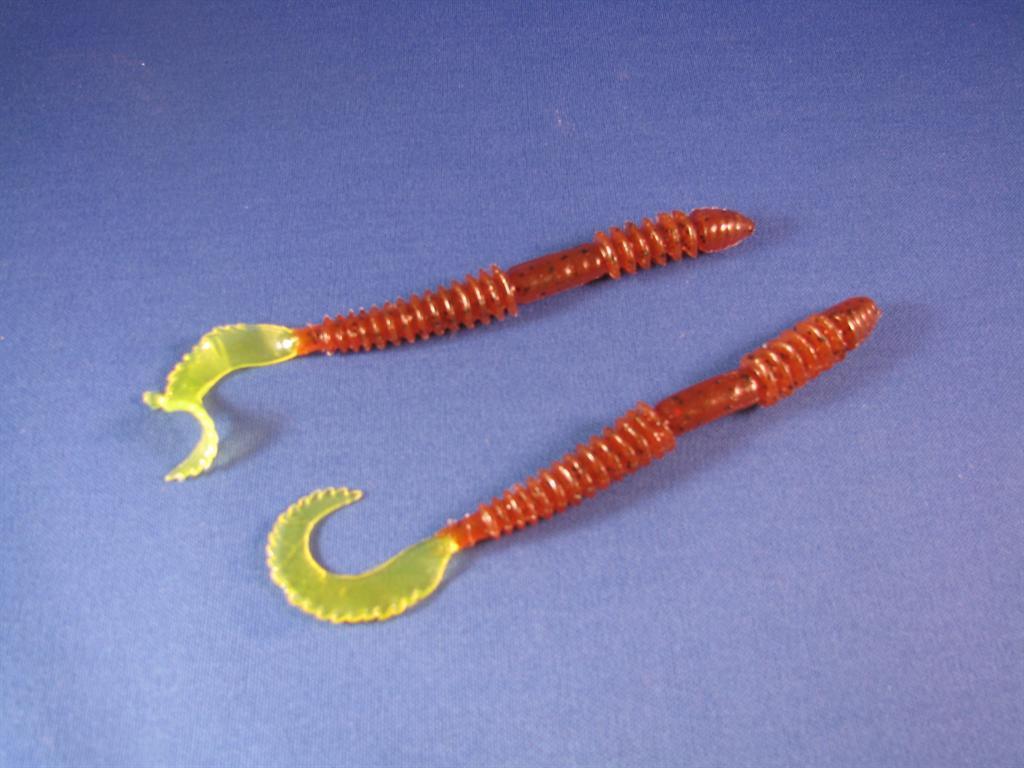 Sitting in the old rocking chair and reflecting on plastic baits from days gone by is a fun deal. Since we have been around this sport for years we have seen products come and products go. Some are gone because they were ahead of the times and many are gone because they were behind the times. If you are in something long enough you do get to see history. Plastic baits are no different. Some come and some go. Some we wished would have stayed and others that should not have been made to begin with.
Great products built long ago with staying power include Producto, Culprit, Creme, the Zoom Old Monster, the Ditto Gatortail, Mann’s Augertail, and the ZetaBait Ding-a-ling. Some are still made today with a very large following and others have gone away. Those of us who have been around for a while have some favorites and still have enough of them hidden away to use at the best times.
One bait that we really miss is the Gene Larew Salty Saw Tail 6 inch worm we call the “Hound Dog” mainly  because it sure can hunt. Speaking to George Toalson at Larew he remembered the old girl and believes the mold was made by Hugh Harville. “Back in the early days we had several baits made by Harville and they sold them to all kinds of companies. The Salty Saw Tail was one of those baits, I believe” said Toalson.
We use this bait on river systems. Combined with the 4″ Ring Worm it is a one-two punch for finding a limit and catching a big one. We still rig it the same and use it primarily as a flipping and pitching bait. Rigged on a 4/0 thin wire EWG hook and a 1/4 to 5/16 ounce screw in Gambler  weight this worm  takes a tough day and makes it  into a great one pretty quick.
The ribs on the worm catch air, the egg sack allows for great hook penetration and the saw tail mimics small bait fish. We use only two main colors, Pumpkin and Chartruese and Black/Silver Fleck and Chartruese. Depending on water color and time of year determines which worm works best.
The Gene Larew Salty Saw Tail is no longer in production but if you can find them, buy them. This dog can hunt!
Next