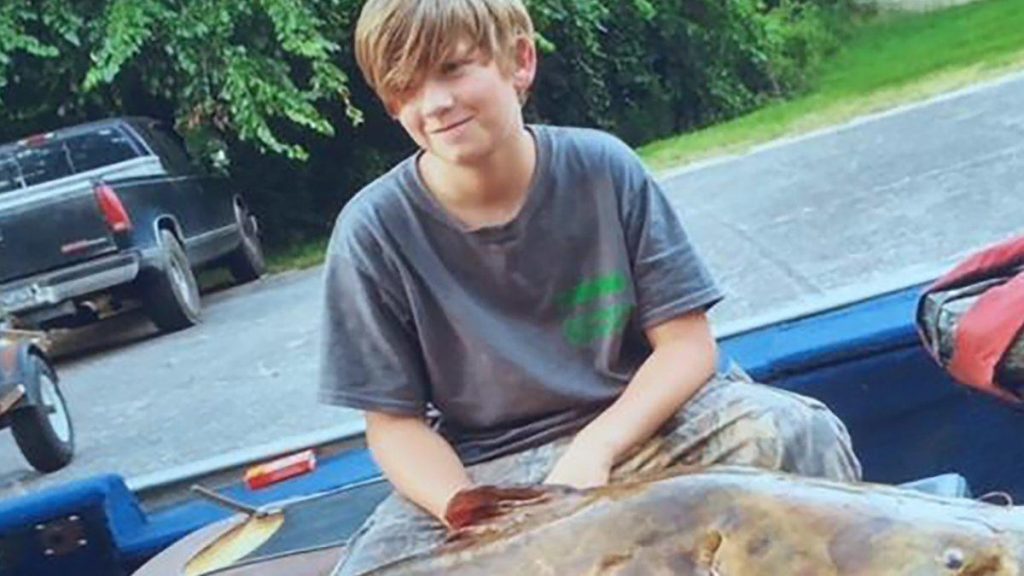 We love seeing kids enjoying the outdoors; anytime they can have a rod and reel in their hands instead of a phone or tablet, we’re all for it! Most young anglers, however, can’t brag to their buddies about a state record.

According to azfamily.com, Alabama teen Charles Patchen got a lot more than he bargained for while fishing the Chattahoochee River with his stepfather Bryan Atwell recently. The 90-pound 13-year-old boy started the day targeting bream with light tackle but when the action stopped, Atwell suggested putting one of their freshly caught bream on a hook.

Patchen was using a Zebco combo spooled with 14-pound test when the monster flathead catfish attacked his bream and started stripping line like it was nothing.

â€œMy stepfather picked it up by the gills and when he put it in the boat, I did kind of like a scream,â€ Patchen said. â€œBut not like a scared scream; like an excited scream.â€