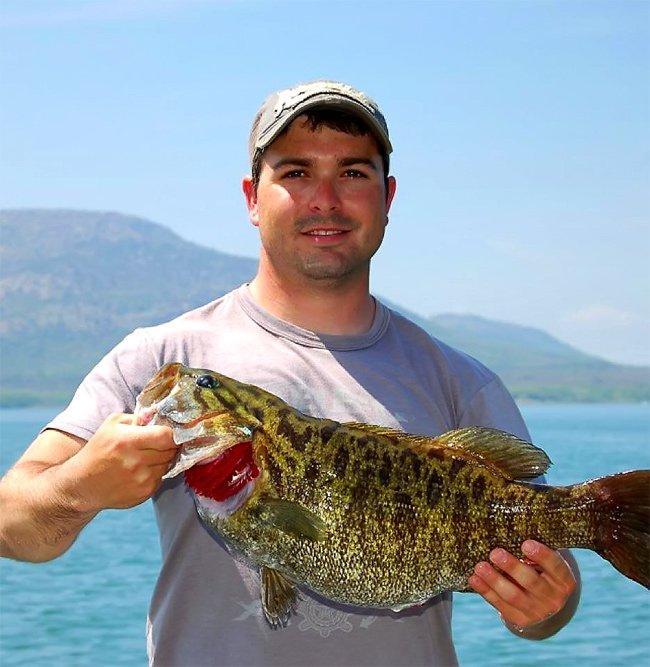 NewsOk.com reported Saturday that the state record for smallmouth bass had been broken on Lake Lawtonka this weekend. We confirmed with the angler Ryan Wasser of Pocasset, Okla., that his 8 pound, 7 ounce bass had been certified as the record and was taken to the nearby Bass Pro Shops to hold the and keep it alive for all the public to see the record fish. The bass was caught on a shaky head jighead and finesse worm. It measured 23 1/8 inches long and its girth was 18 inches.

This record comes just a week after Benny Williams Jr broke the largemouth bass record with a 14-pound, 12.3-ounce giant out of Cedar Lake.

Wasser was fishing with spinning gear with a 7-foot medium heavy power rod and 10-pound test line. The fish bit a 1/4-ounce shaky head with a Zoom Trick Worm in less than 5 feet of water. The fight lasted about 60-90 seconds before Wasser’s mother netted the fish.

“The fish didn’t look like it was spawning,” Wasser said. “I was fishing with my mom and 6-year-old son. She fought to the end. My mom netted the fish. It was just a wonderful experience that cannot be described in words, but it will definitely never be forgotten.”

That’s a once-in-a-lifetime fish, and those moments can only be lived. Congratulations on an amazing fish Ryan! 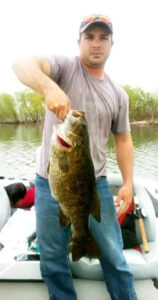