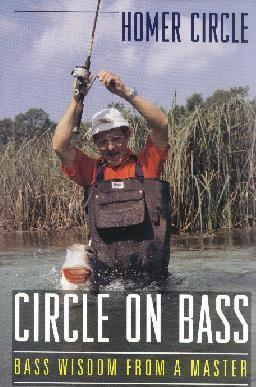 The outdoor industry, especially those who have ever picked up pens or pencils, looked helplessly at a blank sheet of paper in an aging typewriter or stared at a blank screen hoping for writing inspiration, is in mourning after losing a legendary writer, a great friend, and source of inspiration to everyone he met.

For decades, Homer Circle has been fishing’s favorite uncle.

Losing him, even at age 97, was something no one was prepared for. After all, “Uncle Homer” was still alive, writing and active. His unexpected death Friday in Ocala, Fla., shocked friends and admirers.

Central Florida had been Uncle Homer’s residence of choice since the mid-1960s. Central Florida became his home for a simple reason: he could fish for bass there year round.

His books The Art of Plug Fishing, New Guide to Bass Fishing, Worming and Plugging for Bass, Circle on Bass and Bass Wisdom are classics for aspiring anglers who also want to read carefully crafted prose. Many of us grew up learning about fishing with his work in Sports Afield magazine (1968-2002), today’s generation of bass anglers know his monthly Bassmaster column “Ask Uncle Homer.”

Circle’s death was unexpected because he was always very much alive. Circle made a regular fishing trip with longtime friend Glen Lau only five days before his death. On that trip, I’m told, Circle landed six bass; Lau boated five. That was, Lau says “…just the way I like it.”

Across the country, both anglers and fishing writers are remembering -and sharing- their interactions with “Uncle Homer”. Circle’s granddaughter, Beth Constantino, asks that as a way of remembering him, fans send notes about the way he touched their lives to: “Uncle Homer,” Bassmaster Magazine, 3500 Blue Lake Dr., Suite 330, Birmingham, Alabama 35243 or email them to editorial@bassmaster.com . Letters and emails will be collected and forwarded to family members.

Additionally, donations in Circle’s honor may be made to the POMA Foundation . Those memorial donations will be placed in an endowment trust to generate interest income for the furtherance of POMA’s educational programs. “Uncle Homer” always advocated two things: conservation, and outreach to the next generation.

“Uncle Homer” Circle was a man who touched many lives directly, but he’s also a man whose faith led him to pen a prayer he was asked to pray many times.

It’s only appropriate to use his prayer for all of us as a close his life- a life fully lived. Godspeed, Uncle Homer.

God grant that I may fish
until my dying day;
And when at last I come to rest,
I’ll then humbly pray;
When in His landing net
I lie in final sleep;
That in His mercy I’ll be judged
as good enough to keep!
–Homer Circle