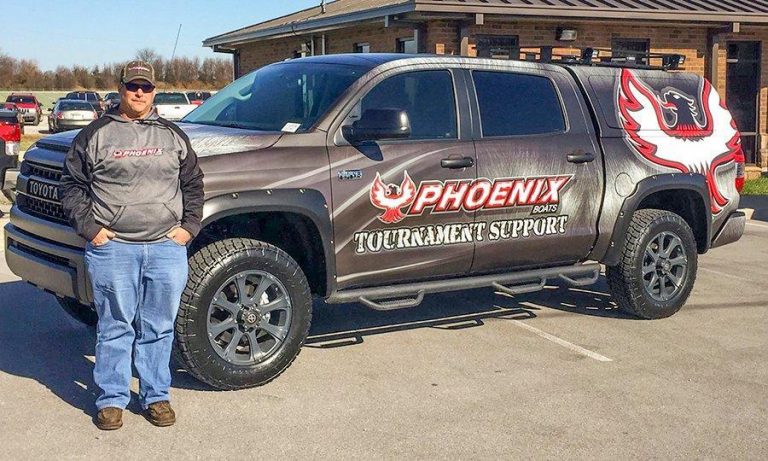 Phoenix Boats President Gary Clouse announced today that Andy Stallings would join Phoenix Boats as their Bassmaster Tournament Support Representative. “Andy has traveled the Bassmaster Elite Series and Opens for the past 15 years.” Clouse said. “The level of experience and professionalism makes him the perfect choice.”

He will be driving a new Toyota Tundra outfitted with the necessary things anglers could need while on tour. “Toyota is a company that spends their marketing dollars in bass fishing and we want to support this type company,” states Clouse.

“After visiting the company and seeing the dedication the entire team has, I realized it was the right move for me,” Stallings said. “I’m looking forward to the 2016 tournament season.”

Stallings will debut his new ride at the Bassmaster Open on Lake Toho in Kissimmee Florida in late January.