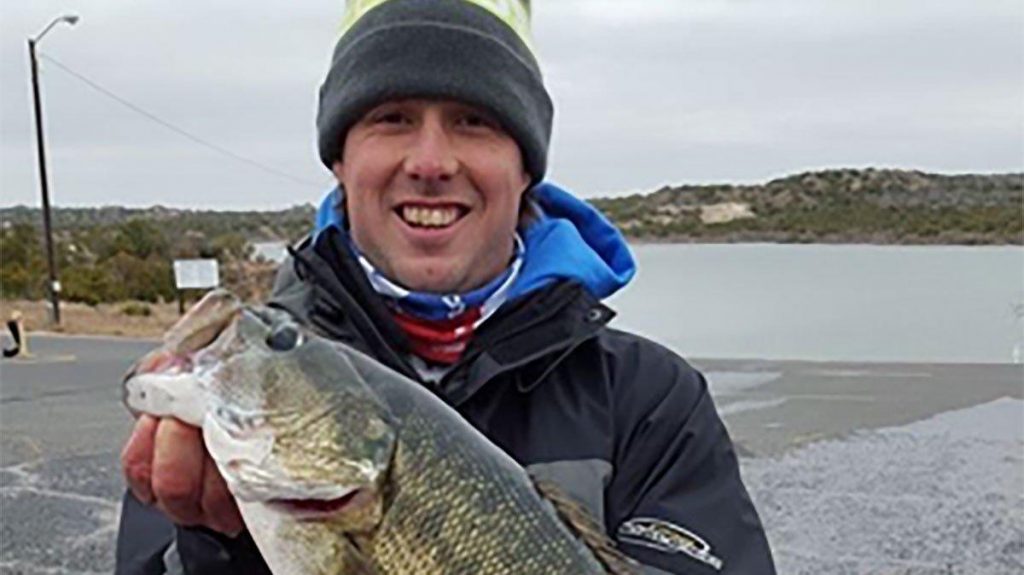 The record catch came on a LIVETARGET BaitBall Glass Minnow jerkbait, model GFB120S in color 950 which is a Silver/Natural color pattern in the BaitBall design. 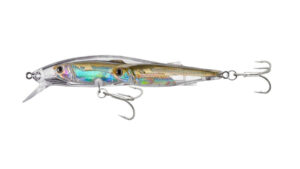 Helmstetler, who fishes the lake approximately 6 to 10 times per year, almost didnâ€™t go on that day.

â€œYeah, it was supposed to be very cold, about 37 for a high, so my buddy had to talk me into going,â€ Helmstetler said. â€œWe fished for about an hour and caught about 10 fish, then the bite died. We moved out over some flooded timber in a creek channel that had been productive for me in the past, and that is where the big one struck. I thought it was going to be a double-digit largemouth it pulled so hard.â€

Right away Helmstetler identified it as a spotted bass via inspection of the tongue, which was later confirmed by TPWD. The Texas angler was fishing a small local bass tournament which he was able to also win with his total creel, and his partner finished in second place.

Helmstetler reported being a big fan of the LIVETARGET BaitBall lures, even before this record catch.

â€œIâ€™ve used the crankbaits, the rattlebaits, and other versions of the jerkbait successfully in the past, so I use LIVETARGET lures quite a bit. We caught some fish on rattlebaits earlier in the day and I had just switched to this natural color jerkbait when we went out over the deep timber creek channel when the record fish bit. These lures just seem to excel where there is clear water.â€

With certificates from TPWD already presented for the record catch, Josh Helmstetler has gotten the new fishing season off to a great start and a cold weather morning that heâ€™ll never forget from Lake Alan Henry. 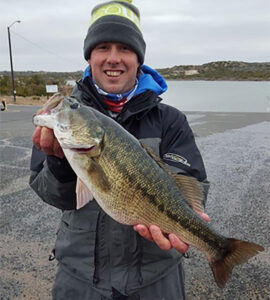