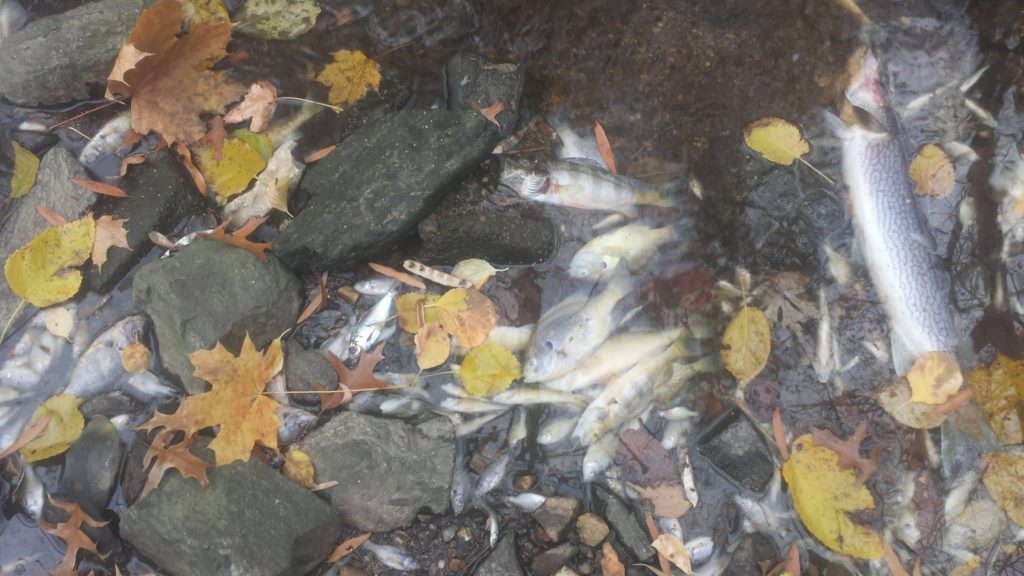 We received some disturbing news this week about a fish kill on the Middle River near Baltimore, Maryland. The numbers coming in the last couple of days are even more disturbing with it being reported that more than 200,000 gamefish and forage species have been found dead along the Middle River according to a report from CBS Baltimore.

Scott Sewell, the conservation director for the Maryland Bass Nation, has been leading a charge to get the issue addressed, investigated, reported and stopped. While the Maryland Department of the Environment initially said that it was an algae bloom issue. But most locals aren’t buying that given the timing and immediacy of the impact and further investigation is being conducted to see what other factors could be contributing to this detrimental outcome.

At the same time the DPW is reporting that it is responding to a sewage spill in the area. Testing and water sampling is being conducted to determine if there is a chemical impact in the nearby streams and rivers especially around industrial areas.

According to Sewell the creeks and areas affected include the Upper Middle River, Hopkins, Norman, Dark Head, Cow Pen, Stansbury & Frog Mortar, along with Martin Lagoon. The lower portion of Middle River: Hog Pen, Galloway & Sue Creeks have not been impacted yet.