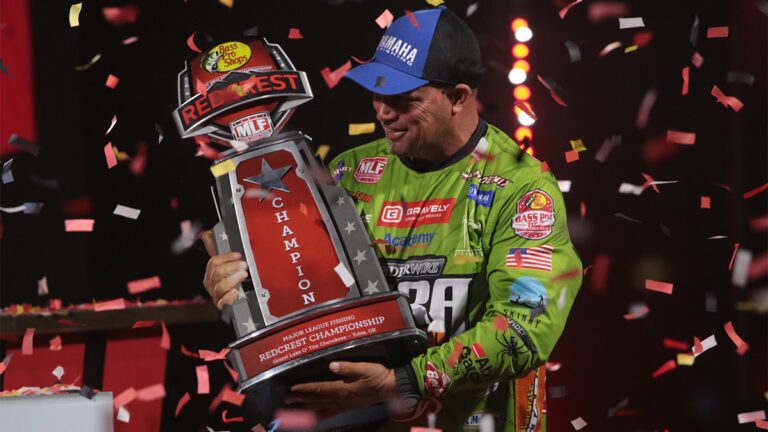 With just over four minutes left in competition Sunday, the reigning Bally Bet Angler of the Year (AOY), Academy Sports + Outdoors pro Jacob Wheeler of Harrison, Tenn., looked to be cruising to his first career MLF REDCREST Championship victory. Wheeler had weighed eight scorable bass totaling 28 pounds, 4 ounces and was atop the leaderboard as the time ticked down.

That’s when things got exciting.

REDCREST 2022 on Grand Lake featured anglers competing with a 2-pound minimum weight requirement for a bass to be deemed scorable.

With almost exactly four minutes left, Lane hooked into a bass throwing a Berkley Frittside 5 crankbait and boat flipped the Grand Lake largemouth into the boat. Lane’s official quickly got the bass on the scale, and Lane gasped when he saw that the scale read 1-pound, 15-ounces.

Bass Pro Tour rules state that an angler is allowed to ask for a re-weigh of any fish they catch, up to a maximum of two times.

The official got the bass back on to the scale and once again, it read – 1-pound, 15-ounces.

Lane grunted and shook his head. This was it. His final opportunity to re-weigh his fish. His entire tournament, and so much more, was coming down to this moment. Only 2 minutes and 38 seconds now remained. He nodded at his official and placed the bass back onto the scale.

This time, the numbers “2.0” flashed on the scale screen – the bass was scorable – and Lane and the packed house at the SageNet Center at Expo Square in Tulsa exploded.

“Are you kidding me? Are you kidding me? Unbelievable. I’ve been at this a long time, and I have never been hungrier for something good to happen. Madeline, I love you. Kids… your dad is the REDCREST Champion!” roared an elated Lane shortly after time expired and his win was confirmed.

During the week, Lane quietly had success during each day of competition. He finished Day 1 of the event with a sixth-place standing after catching eight bass for 26-12, then added another four weighing 9-9 the next day to advance to the Knockout Round inside the top 20. In the Knockout Round, Lane tallied 27-13 on nine fish to make it to Championship Sunday. 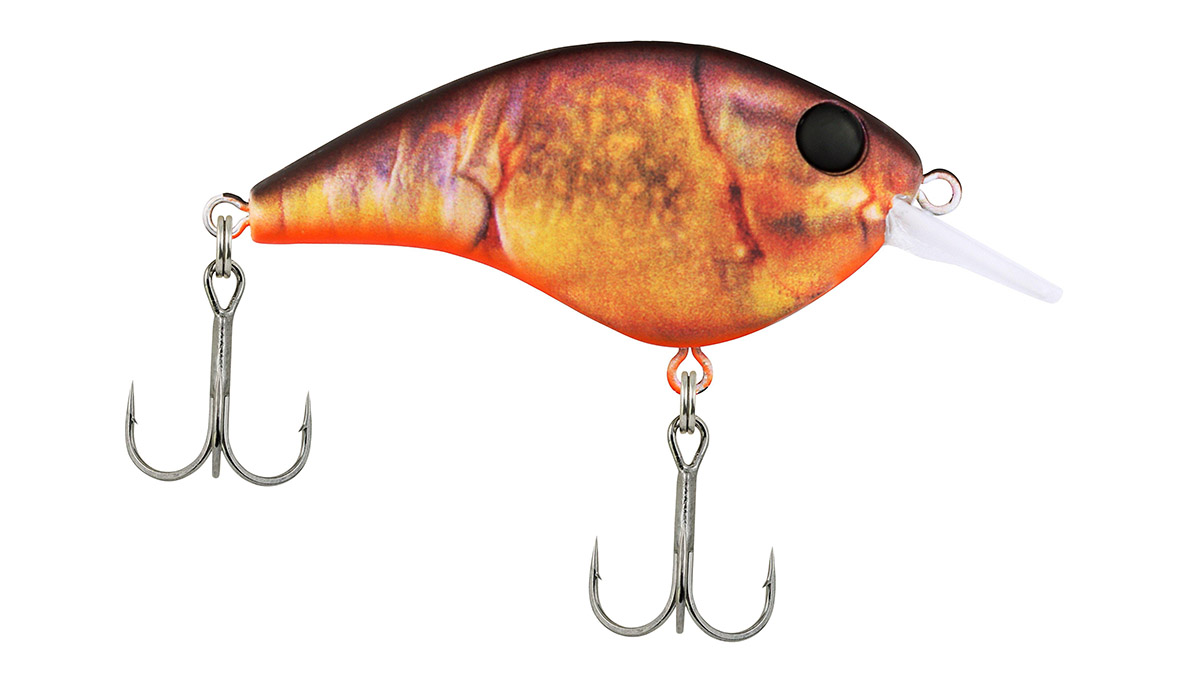 He relied on a Berkley Frittside 5 in the HD brown color all week, focusing on the last rock structure in the backs of pockets as bass moved their way towards spawning grounds. That’s what got him to the final day, but pitching a jig is what won it for him.

“The fish made a transition late this afternoon and got super shallow,” he said. “I knew that and made every single one count and started flipping a green pumpkin jig with a matching Berkley PowerBait Meaty Chunk in the smaller size and added some chartreuse dye to the tips of the trailer.”

Lane caught two bass early on the crankbait, and just after noon he caught his first bass on a jig and went to work with it from there. Included in his catch was the Berkley Big Bass of the day, a 6-3 that he landed in dramatic fashion over and through several dock cables.

“I had a 3-11 and 6-3 within three minutes,” Lane said. “The big one had me between cables and there was no physical way to get it, and I had to hand line it in. It doesn’t get any better than that.”

After having some time to reflect on his win during the ride to the REDCREST Outdoor Sports Expo Presented by Costa in Tulsa, Lane was emotional when meeting up with his family and brother and fellow pro Chris Lane and said that it felt like someone had lifted a weight off of his shoulders.

“I’m not getting any younger, I promise,” he said. “But today I felt like a 10-year-old winging my bait around and to finally come through to win – it’s just unbelievable. Everything went perfect today.”