Bass fishing with crankbaits is my favorite thing in the world. If you’ve read any of my articles, you’re probably well aware of that. There’s just something about a cranking rod loading up and feeling those first few head shakes when you get a bite. It gets me fired up just thinking about it.

I fish shallow for the large majority of the year and small, finesse crankbaits account for most of my catches. I don’t care if it’s 40-degree water or 90-degree water; you know what’s on my front deck. I’ve tested hundreds of shallow crankbaits over the years and I own thousands of them without a doubt. I have been dying to test the Berkley Frittside but for the life of me, I couldn’t find any. As soon as a store or online retailer got any in stock, they were sold out within hours. I had a few buddies who had some and they told me they’re one of the best crankbaits ever made.

I was finally able to get my hands on some early this winter. I was incredibly curious whether or not this little plug would live up to the hype, so since I found a few, I’ve put a lot of miles on them. I’ve compared it with some of my all-time favorites and lots of the other new flat-sided crankbaits on the market. After several months, I can comfortably publish this review and answer your questions about this popular lure.

Stick with me for a minute or two and I’ll tell you my experiences with it.

The weight scared me initially

I love to tinker with weighting crankbaits and things of that nature. Lots of the handmade shallow crankbaits I have look like a million bucks in the water, but they cast like a stale potato chip. Even the slightest huff of wind makes ’em look like a wounded duck. So when I saw that the Berkley Frittside 5 only weighs 1/3 ounce, I was a little skeptical if I’m being honest. I want a shallow plug I can bomb across flats, points and stump fields without worrying about backlashes.

As it turns out, this crankbait has two weights-one located on either side of the front hook-that are a tremendous help with castability. I’ve used this crankbait plenty during windy conditions and I’m very shocked by how well it casts. It’s such a small crankbait that I was worried I’d have to use a spinning rod to effectively cast it, but you can absolutely get away with using a casting setup.

I’ve been primarily using it on a medium-action casting rod and 12-pound fluorocarbon. There’s no issue at all whipping this lure around with that setup. Just out of curiosity, I’ve also tied it onto one of my medium-heavy action squarebill rods for the folks who may not have a bunch of rods to choose from. The result was fairly surprising: While I had to be a littler more deliberate with my thumb on the spool when casting, I think you could get away with it. It’s important to note, however, that I’d certainly choose a medium-action if possible.

These treble hooks are legit 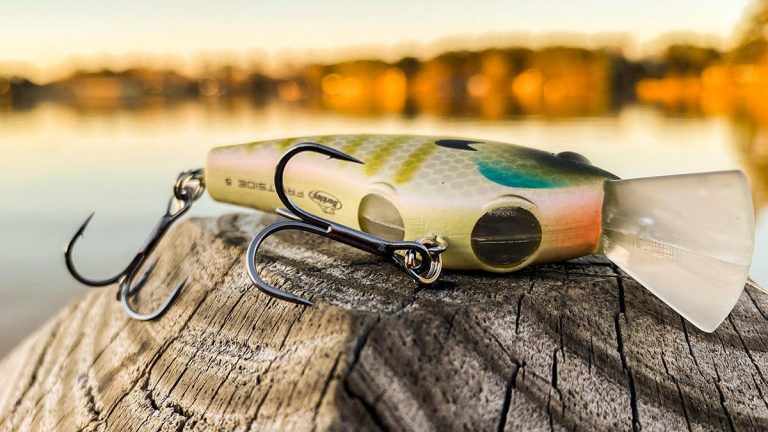 I haven’t had a whole bunch of experience with the Berkley Fusion19 treble hooks before testing this crankbait. I’ve always had a certain type I’d use and would rarely stray from that. But man, I’m telling you; I will be buying some of these hooks to put on several of my other hard baits. These are very impressive treble hooks and the Frittside 5 comes straight out of the package with them.

The hook penetration has been superb and I have yet to lose a single fish while using them. Keep in mind, I’ve been fishing for super lethargic winter bass and in that cold water, their mouths get very hard and tough to penetrate with a hook point. Just a quick sweep to the side allows these Fusion19s to grab hold of the bass and not let go.

I’d go as far to say that these are some of the best stock treble hooks I’ve ever found on a shallow crankbait. 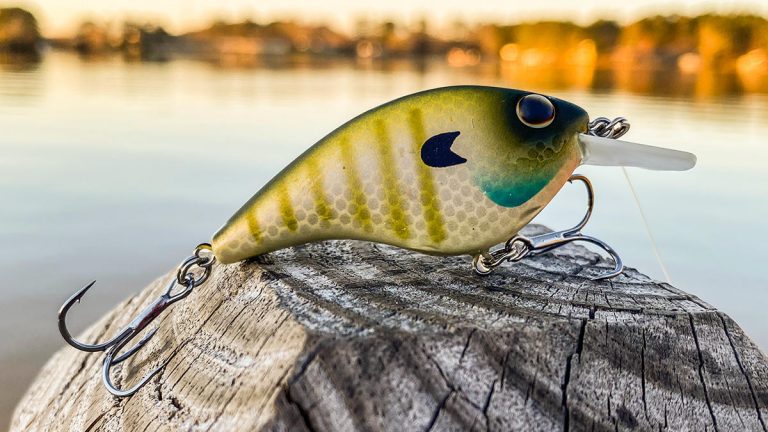 I’ve followed David Fritts’ career for as long as I can remember (he’s the guy who designed this lure). He’s a legendary crankbait fishermen and is well known for his peculiarity when it comes to testing baits. I’ve heard stories of him taking a box of hundreds of crankbaits to a swimming pool and casting each and every one of them. He’d have a “keep” pile and a “trash” pile. If one didn’t run right on the first cast, it went straight to the trash pile and he’d never throw it in a tournament. From what I’ve learned about him, he’s incredibly particular about his crankbaits.

His attention to detail certainly shows in the Frittside 5. Each and every one I’ve used swims straight as an arrow without any tinkering or tuning necessary. These lures are intricately balanced which allows them to remain stable when retrieving them at high speeds. You won’t have to worry about them shooting to the side or blowing out on top of the water. This is just one of those crankbaits you can take out of the package and start fishing right away.

While I wouldn’t consider the Frittside 5 a true squarebill, I’ve been fairly pleased with how well it deflects off of cover. I’ve fished it around rocks, laydowns, stumps and boat docks throughout my testing and it has done a great job of coming through all types of cover.

You’ll have to be a little careful with it around laydowns, but with a little patience and practice, you can worm it through the limbs without many snags.

I was a little concerned about the bill when I first took it from the package. The bill has a seam running up the middle of it which really made me worry about its potential lack of durability. So far, however, each and every bill has stayed intact and I haven’t had any issues. It still kind of tweaks me out to see that seam but heck, it hasn’t caused any problems yet and it’s fishing like the day I took it out of the package. 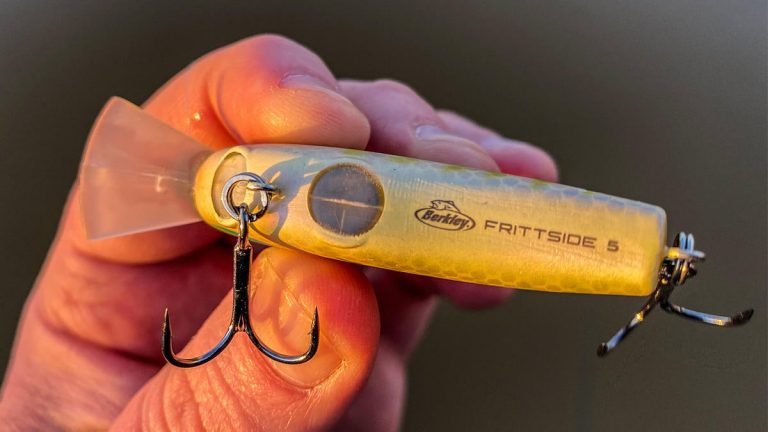 This crankbait is going to catch a pile of bass for folks all throughout the country. It has a lot of the same qualities my $50 custom-made crankbaits have… for just $9.49. I wouldn’t sit on my hands much with it, to be honest. They sell out super quick and they’ve been tough to find. This plug has passed my tests with flying colors and I can’t wait to keep throwing it throughout the prespawn. I have a feeling I’m going to catch some giants with it this month.

Find the Frittside 5 at these retailers online: