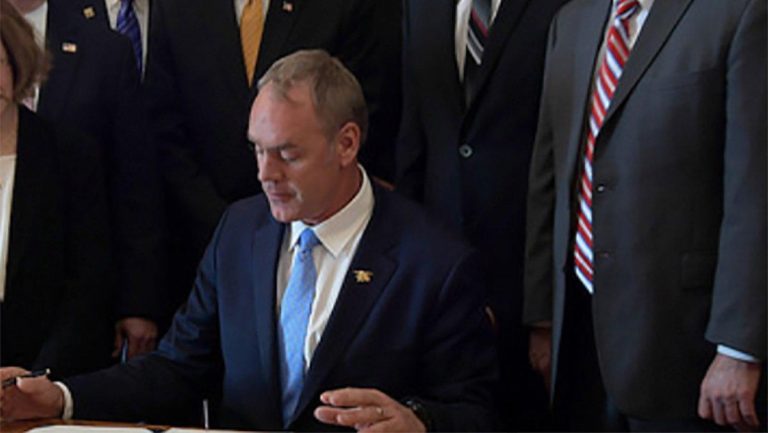 Today, newly appointed Secretary of the Interior Ryan Zinke issued two Secretarial orders to expand access and recognize the impact that sportsmen and women have on the nation’s economy.

The first order advances conservation stewardship by directing Interior agencies such as the U.S. Fish and Wildlife Service and the National Park Service to identify areas where recreation and fishing can be expanded. Zinke will request input from the Sport Fishing and Boating Partnership Council, of which the American Sportfishing Association (ASA) is a key member, in this process.

The second order overturns a ban on lead fishing tackle and ammunition that the former Fish and Wildlife Service Director issued on January 19, the last day of the previous Administration.

ASA President and CEO Mike Nussman along with a number of other outdoor recreation and conservation leaders met with Secretary Zinke to discuss how recreational opportunities can be expanded on public lands and waters. The groups were present when Zinke signed these two pro-outdoor recreation measures.

“ASA and many other outdoor recreation organizations are glad that the new Secretary is an angler and hunter and truly appreciates the importance of the Outdoor Recreation economy,” said Nussman. “He understands that public waters and lands belong to all Americans.”

Nussman further added, “The sportfishing community is relieved that the ban on fishing tackle has been rescinded.  Frankly, it is refreshing to have a Cabinet Secretary from the sporting community setting policy for lands, water, wildlife and fisheries. He understands that conservation and public access are two cornerstones of sound fisheries and wildlife management.”