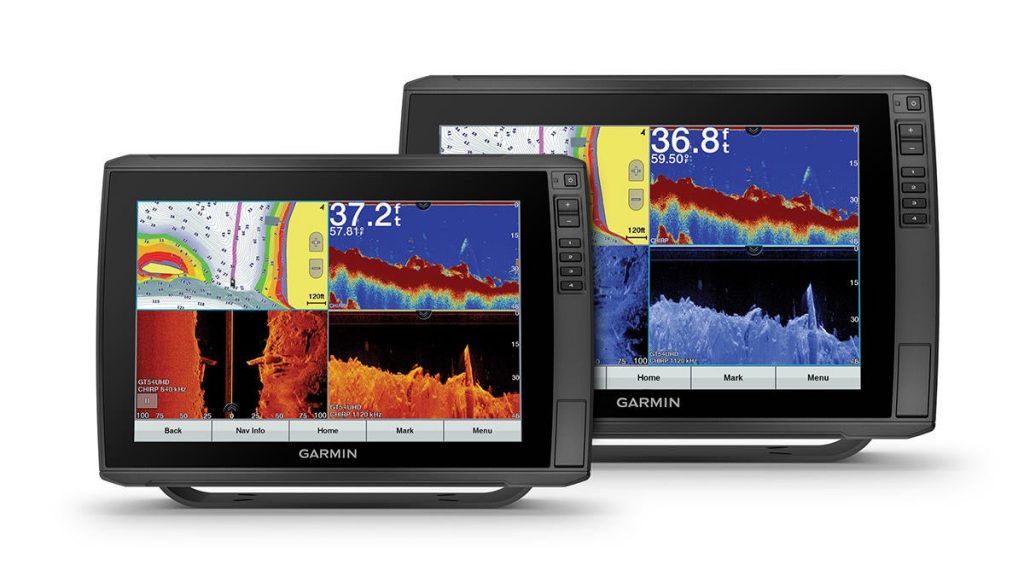 Garmin is introducing a new line of depth finders in their new ECHOMAP Ultra Series. Here are the details from their press release today:

Garmin International, Inc., a unit of Garmin Ltd. (NASDAQ:GRMN), today announced the ECHOMAPâ„¢ Ultra series, a new line of keyed-assist 10- and 12-inch touchscreen chartplotters designed to bring professional performance to inland and nearshore anglers. Offering a best-in-class sonar solution, the ECHOMAP Ultra series has built-in support for Garmin’s crystal-clear Ultra High-Definition scanning sonar as well as the award-winning Panoptix LiveScopeâ„¢ series, including the new single-array LVS12, that delivers live scanning sonar images of structure, bait and fish swimming below and around the boat in real time. Preloaded with Garmin’s latest and most detail-rich cartography-both LakeVÃ¼ g3 maps and BlueChart ® g3 charts with integrated Navionics ® data and Auto Guidance1 technology- the ECHOMAP Ultra series has the power and functionality to meet the demands of today’s anglers.

“ECHOMAP Ultra forges the DNA of our popular ECHOMAP Plus series together with premium features of our best-in-class GPSMAP ® chartplotters, to deliver an exciting new series that brings professional performance to larger, more affordable display options,” said Dan Bartel, Garmin worldwide vice president of consumer sales. “These new chartplotters are the perfect solution for anglers who want the best sonar and mapping available, but still want the convenience of an allin-one design that can be quickly installed and removed from the boat at the end of the day.”

These new chartplotters are the first in the ECHOMAP product line to offer both LakeVÃ¼ g3 and BlueChart g3 cartography products for the U.S. and Bahamas built-in for inland and near-shore boating and fishing. The new g3 maps and charts blend the best of both Garmin and Navionics content together to deliver unparalleled coverage, detail and convenience to users with navigational aids, spot soundings, depth contours, tides and currents, artificial reefs and fish attractors and detailed harbors and marinas. The new g3 cartography also integrates Garmin Auto Guidance, a technology that searches through relevant charts to create a suggested route based upon the user’s desired depth and overhead clearance. For international use, the ECHOMAP Ultra 102sv and ECHOMAP Ultra 122sv are available with a worldwide basemap.

Staying connected on and off the water with the ECHOMAP Ultra series is easier than before. On the water, sonar, waypoints and routes can be shared across multiple ECHOMAP Ultra units as well as ECHOMAP Plus 7- and 9-inch units. The new ECHOMAP Ultra series also has NMEA ® 2000 connectivity and support for heading sensors, autopilots, digital switching and more. And thanks to built-in Wi-Fi ®, anglers can take advantage of the free all-in-one Garmin ActiveCaptain ® mobile app that creates a simple yet powerful connection between a compatible mobile device and an ECHOMAP Ultra. ActiveCaptain allows users to update and purchase maps and charts from the OneChartâ„¢ storefront on a mobile device anytime, reference the ActiveCaptain community for marina and other points of interest details, access to Quickdrawâ„¢ Community data and more. ActiveCaptain also provides smart notifications2 directly to the chartplotter, over-the-air software updates, off-vessel planning capabilities and so much more.

The ECHOMAP Ultra series is expected to be available in Q2 2019 with suggested retail prices ranging from $1599.99 to $2799.99. For more information, visit garmin.com/marine. 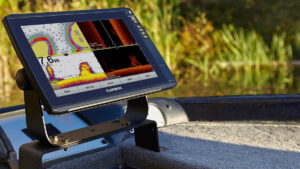