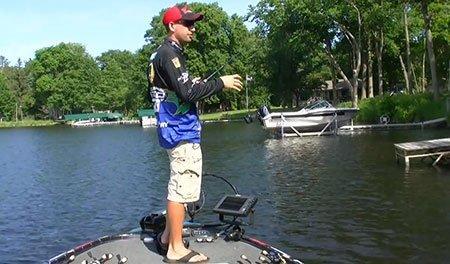 Bassmaster Elite Series pro Ott Defoe talks about fishing grass around boat docks in natural lakes up north. How the bass relate to the grass can tell you where to focus your efforts.