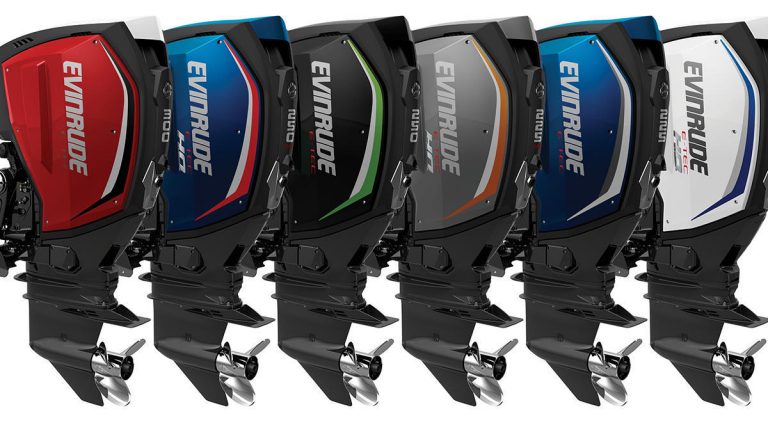 Major League Fishing (MLF) announced today that legendary boat engine manufacturer Evinrude has signed on as a sponsor of the new 2019 MLF Bass Pro Tour, and will be the title sponsor of one of the series’ Stages in 2019.

The partnership is especially fitting because it brings together an iconic name that originated 110 years ago with one of bass fishing’s hottest engines today in MLF. The two share a focus on innovation that is mutually driven by the common desire to ensure the long-term health of the sport.

“There is great synergy in this teaming,” said MLF President and CEO Jim Wilburn. “Despite the disparity in age, Evinrude and MLF are a lot alike in how we got our starts from forward-thinking individuals and how each has continued to evolve since. The last three or four years have been a blur as our respective companies have worked feverishly to further enhance the angler experience and bring more participants into the sport.”

“We are very excited to partner with the MLF Bass Pro Tour for its first season,” said Tracy Crocker, president of the BRP Marine Group and senior vice president and general manager of Evinrude. “Professional bass fishing tournaments are an exciting way to attract new boaters to our industry, which is why we sponsor so many Bass Pro Tour anglers and the tournament itself. In addition to attracting new boaters, we are excited for the chance to help current anglers improve their technique. That’s why this year we will be launching the First Fish Moment during all MLF livestreams and shows.”

The First Fish Moment will highlight the best moments during the Bass Pro Tour that show anglers properly landing a bass, even under less than ideal conditions. Anglers competing on the MLF circuit are all about protecting their catch and being aware of how to do so effectively is very important. Evinrude launched the First Fish Moment to echo its core values of protecting the environment for future boaters to enjoy. Team Evinrude anglers are all equipped with the cleanest burning outboard on the market – the Evinrude E-TEC G2.

Evinrude’s sponsorship includes 30-second commercials and graphic billboards in Bass Pro Tour television programming, and a brand presence among the tour’s in-show and on-site opportunities, and MLF NOW!, the free live stream program that will deliver seven hours of real-time coverage during each competition day on www.MajorLeagueFishing.com.