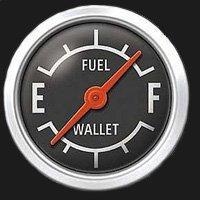 Today the Environmental Protection Agency waived a limitation on the sale of gasoline with up to 15% ethanol — also known as E15 fuel. The waiver only applies to vehicles made in 2007 or more recently. Right now it’s still unlawful to sell E15 to 2006 or older vehicles.

The decision came based on the Department of Energy’s alleged extensive testing on vehicles 2007 or newer. According to sources close to the testing, no marine engines or small engines were tested (tractors, lawn equipment, generators, etc.).

The DOE hopes to have the testing concluded to allow an EPA ruling on waiving the limitation on selling to 2006 to 2001 vehicles sometime in November.

So what does this mean for boat owners, anglers and the future of fishing?

Labeling. Be careful where you pump next year. The labeling is often non-existant or rubbed off or confusing at best at pumps already that have E10. Some states don’t even require labeling ethanol gas. How much worse will it be with E15 gas with a higher ethanol content that can do more damage to older engines?

Fuel economy. It’s a known fact that ethanol has less energy than gas. So the more ethanol you have the less miles per gallon you get on a gallon of gas. So the ethanol gas will need to be significantly cheaper than regular gas as more ethanol is added to make up the loss of mileage and resulting more frequent fill ups.

Old Vehicles. Are you going to get ticketed if you accidentally put E15 fuel in your 2005 tow vehicle (which mine happens to be)? I don’t understand the part where it’s only approved for said vehicles. Who polices that? Is that basically just a warning for voiding your warranty on your vehicle when you accidentally put E15 in your truck because you couldn’t read the label?

Gas wholesalers are going to get a bigger incentive to sell E15 gas. It doesn’t take a rocket scientist to infer that E10 will probably be replaced with E15 at many stations because there will be a bigger margin for the wholesalers.

The EPA has stated that the waiver of the limitation is not a mandate requiring the sale of E15 gas. It’s merely given as an option. But considering the incentives, boaters and anglers should expect to see a lot more E15 gas at their local stations.

Hopefully things will be done to consider boat owners in the future as the 13-million registered marine engine owners were not a consideration at all in this testing or decision this round.

We’d love to hear all opinions on this matter and feel free to share this link with others. Leave us your comments.

Several good articles to read up on the decision can be found below: