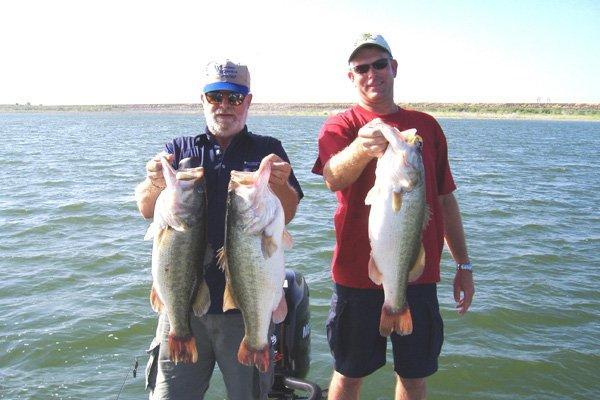 Falcon Lake has been in the news a lot lately, and for all the wrong reasons. As most have seen or heard David Hartley and his wife were allegedly attacked while on their Jet Skis while visiting the underwater town up the Salado River on Falcon Lake. They were nearly 8 miles into Mexico when what is suspected were drug cartel members opened fire on the two jet skiers. Hartley was shot in the head and his wife was able to escape. Since that time investigators have had shootouts in Mexico and one lead investigator was killed in Mexico.

The killings are horrible and tragic, and the perspective most outside of the Falcon Lake region in Texas have is that it’s an unsafe war zone. We decided to call several folks who live and work down in Zapata about their take on what life is really like down there for them.

“There’s never been more law enforcement on and around the lake,” said James Bendele, owner of Falcon Lake Tackle Shop and resident of Zapata. “Now you have Texas Border Patrol, Coast Guard, Wildlife officials, Mexican army and local authorities all on the water.”

We asked if Bendele feels unsafe and if he stays away from the Mexican side of the lake.

“It’s not true at all,” he said. “I fished in Mexican waters this morning and never was worried and I never have been. Lots of us locals fish the Mexican side because it seems like the fish are often easier to catch over there, maybe because of less pressure on that side of the lake.

“The fishing on the lake has been phenomenal. There are still tournaments but not as much pressure and we’re catching numbers of fish on Zoom Magnum Flukes, Mag U-Vibe worms, crankbaits and more  up shallow. The fish are really feeding, and it’s still incredible fishing. Your favorite plastic in your favorite color will catch them down here. This lake is on a major boom. We’ve had incredible spawns the last three years and the lake is full of 12-inch bass from this year’s spawn. Then it’s full of 3-5 pounders from last year’s spawn and it’s full of 5-9 pounders from the year before. The lack of pressure is actually making the fishing even better than ever.” 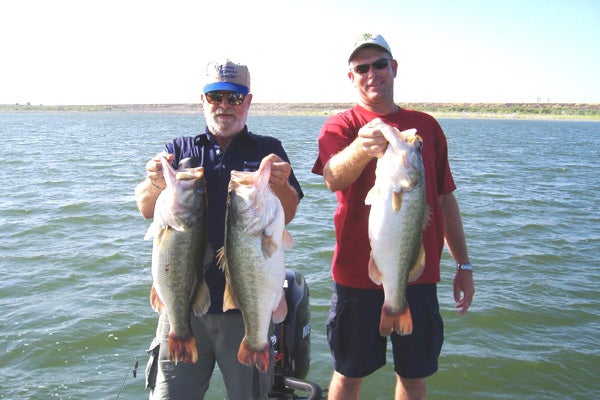 Charlie Haralson is a well-known guide on the lake and fishes FLW Outdoors and many regional tournaments on Texas Lakes. Haralson was born and raised and has lived in the Falcon Lake area his whole life and now raises his own family there while working as a guide on the lake.

He admits that someone getting killed is tragic. But feels there has been unfair negative press around the situation in Mexico that is hurting Texas towns as well. Haralson said. “The truth is that stuff happens all the time in Mexico. Officials that go against the cartels get killed all the time in Mexico. This is the first killing on the lake we can remember in 60 years. More than that die daily in San Antonio or other large Texas towns in bad parts of the town.”

“Last week I thought it would take a three-fish limit weighing 24 pounds to win the tournament this weekend. We were catching five to eight bass a day weighing more than 8 pounds. Then something changed and now we’re only catching one 8-pound or better a day but still lots of good fish. That’s Falcon Lake. When it’s bad you’re still catching 30-pound limits for five bass. And when it’s good you’re catching five-bass limits weighing 40 pounds or more. Where else in the world can you do that consistently?”

Haralson admits things inside of Mexico aren’t good. “My wife and I we used to go into Mexico for dinners and such, but you can’t do that anymore,” he said. “But that’s in Mexico. I took a father and son fishing yesterday and we fished all day in Mexican waters. I have a 2-year old and a wife. I’m not doing anything to put myself in jeopardy. I’ve heard of a handful of incidents and those have all been miles up the river in Mexico.  I’ll be fishing all day tomorrow in Mexico waters.”

Haralson is looking forward to the upcoming fishing because the fishing this year has been so good. The fish are shallow and feeding up for colder months. But when the big fat females group up offshore before the spawn, which usually starts happening in December, Haralson finds there is no lake in the world that compares.

“I catch between six and eight 13-pounders every year, but up to this point I’ve not turned them in for the Share Lunker program,” Haralson said. “But I think I will start doing it just so people can see that Falcon is the best bass lake in America.”

Finally we talked with Keith Combs. Combs is an FLW Tour pro, who won a PAA event this year and that also looks to qualify for the Elite Series in the final open on Texoma next weekend. Combs spent most of November – February guiding on Falcon Lake. Combs still regards Falcon Lake as the best fishery in the nation and has never been concerned for his safety.

“I have clients that have been skeptical lately, I tell them there is plenty of water in Texas with great fishing and we don’t ever have to go into Mexico waters if they don’t want,” Combs said. “It’s safe to come fish. But people need to be smart. You don’t need to run way up the Salado by yourself or stay out in Mexico waters after dark. But that’s true of most big cities in America. The Zapata area is well populated and there are lots of fishermen and law enforcement on the lake.”

Last year Combs really hadn’t advertised his guiding down there, but he took a few clients who obviously had a lot of friends. They started showing guys the 40- to 45-pound limits they were catching, and the next thing he knew, he was living down in Zapata guiding every day. He’s got several trips lined up in November, some in December and he and Haralson are teaming up for a large party in January.

But Haralson is concerned all the negative press over the first killing on the lake in five decades has turned a popular bass fishing destination into a fear zone. When we talked, he made mention that there are roads in major cities all across America you don’t go down. He views life around Falcon Lake the same way.

“I’ve fished the lake my whole life and never had one single issue,” Haralson said. “I fish every day I can. When I take my clients out, I try to do my best every single time. I want them to catch the biggest bass of their life, and I want them to catch a bunch of good fish. Sometimes that means fishing Mexican waters. I’m not going to put myself in a dangerous situation for my family. I just feel like this has been blown way out of proportion and the town is suffering as a result. This is still the best bass fishing destination in America.”

For any fishing information and tackle needs, check out FalconLakeTackle.com.