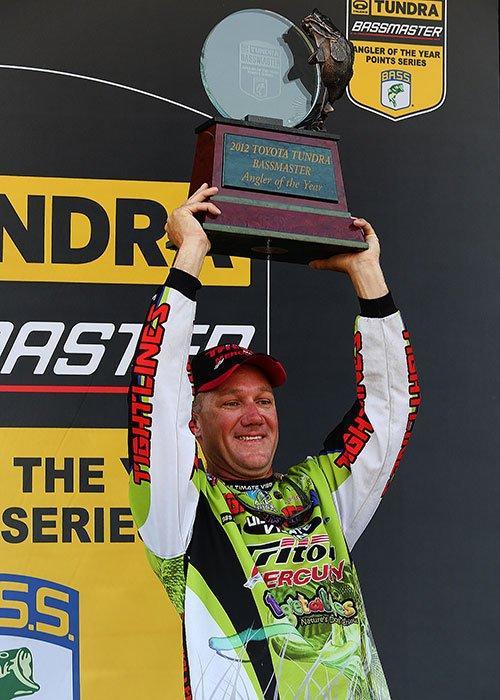 2012 Elite Series Angler of the Year, Brent Chapman, has joined his good friend and competitor, Randy Howell, on the Livingston Lures pro staff.

Chapman spent several days at the Livingston Lures headquarters in Texas last week.    He returned to Kansas with a very positive outlook on Livingston as a company, and is excited about the direction they are headed.

â€œLivingston Lures is an impressive company,â€ Chapman said. â€œIt’s obvious that they know how to run a business and they do everything 110-percent, without exception. I had no idea how fantastic the company and the people at Livingston were until I got down there and saw their business in action.â€

â€œWe’ve kept a close eye on the tournament scene for a while and Chapman stood out to us,â€ said Fred Battah, CEO of Livingston Lures. â€œNot only is he an exceptional angler, he’s also a class act and that’s important to us here at Livingston.    He’s also passionate about fishing, just like we are.â€