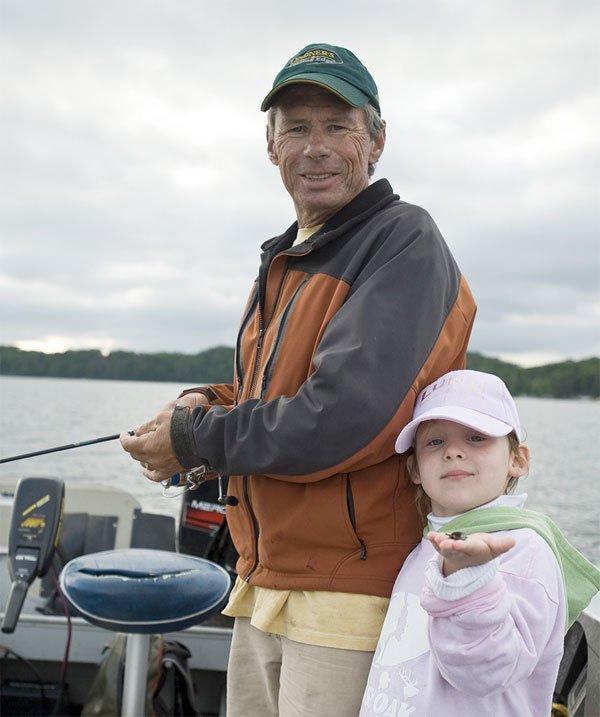 Bill Lindner has been inducted into the National Freshwater Fishing Hall of Fame as a Legendary Communicator for his significant and lasting contributions to angling. This award is the highest honor that can be bestowed on someone in the sportfishing community. Bill joins his father Ron, brother James and uncle Al as fellow inductees. With over 36 years behind the lens, Bill Lindner is an internationally recognized outdoor photographer in the fishing, hunting and food preparation arenas. Chances are you have witnessed Bill’s photographic work on the covers of national sportfishing magazines, in print ads, on tackle and marine television commercials, and on the Internet. Bill Lindner’s underwater fish strike scenes are legendary. His unique underwater and dramatic action images (both still and motion) have appeared on postcards and calendars, and brought to life numerous television shows, DVDs, videos and internet content.

A lifelong sportsman, Bill’s knowledge and passion for fishing and the outdoors is reflected in every image. He has won three major Canadian bass tournaments, was the 2004 Storm Angler of the Year, and is a longtime member of the Outdoor Writers Association of America with numerous “Best in Craft” photography awards. Bill, along with his wife Kay, have authored countless articles and have
published a cookbook entitled Recipes From Nature: Foraging through the Seasons.

Based in Minnesota, Bill’s assignments have taken him from the Canadian Wilderness to the jungles of South America as well as the South Pacific. Some of his magazine credits include Outdoor Life, Saltwater Sportsman, Field and Stream, In-Fisherman, and North American Fisherman.