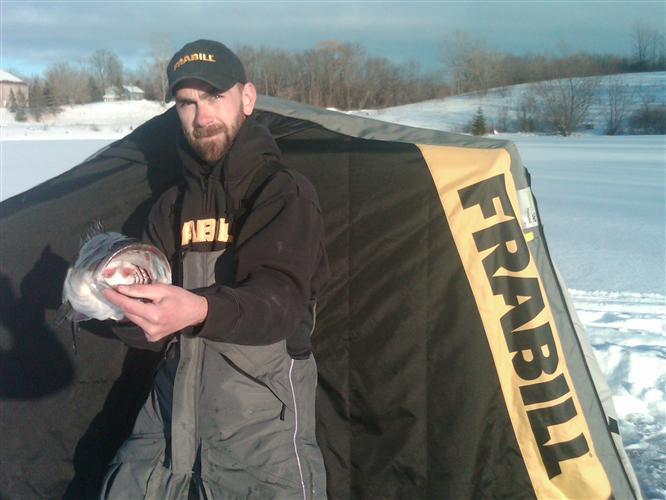 Tim Makos, Design Engineer for Frabill, was out panfishing through the ice this weekend on a lake near West Bend, Wis. He got a tug on a his Frabill Bro Quick Tip rod and the fight was on. Knowing it was a big fish he played the fish down and the battle took right at 15 minutes until an enormous mouth filled the 8-inch hole. It turns out it wasn’t a pike or even a musky but instead a big hungry bass. Makos is an avid bass angler in the warmer months, and fishes many tournaments, yet said this was his largest Wisconsin bass ever.

Unfortunately he doesn’t bring a scale or tape measure when he’s out fishing for panfish, so he didn’t have official measurements. But the pictures say it all. The bass was caught on 2-pound Sufix Ice Magic line.