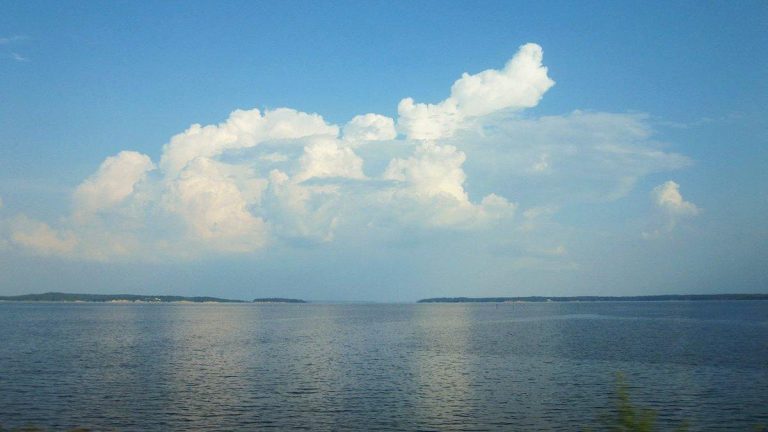 Louisiana Department of Wildlife and Fisheries enforcement agents cited an Opelousas, La. man for an alleged dispute over a public fishing hole on Toledo Bend Reservoir in Sabine Parish on June 12, 2017.

Agents were called to the scene following 911 calls to the Sabine Parish Sheriff’s Office (SPSO) from both Bullara and Donald Johnson, 48, of Deridder.  Both men were in a dispute over a public fishing area on the reservoir near Kite’s Landing about 10 miles southwest of Negreet.

When LDWF agents and SPSO deputies arrived on scene they learned that Johnson and his wife were fishing the area when Bullara pulled up in his boat demanding Johnson leave the area.  After a lengthy and heated dispute over the public fishing area, Johnson pulled a firearm on Bullara.

The Sabine Parish Sheriff’s Office arrested Johnson for aggravated assault with a firearm and booked him into the Sabine Parish Correctional Center.  Johnson reported that he had pulled his handgun in self-defense on Bullara because he felt threatened by his actions.

LDWF urges citizens that are being harassed while lawfully fishing in an area, to please call local authorities.

Harassment of persons lawfully fishing brings a up to a $750 fine and 90 days in jail.  The harassment of persons lawfully fishing regulation provides that it is unlawful to disturb any hunter, trapper, or fisherman who is engaged in the lawful taking of a wild animal or who is engaged in the process of taking, with intent to dissuade or otherwise prevent the taking, or to prevent such person’s enjoyment of the outdoors.

Aggravated assault carries up to a $1,000 fine and six months in jail.

Agents involved in the case are Sgt. Andrew Mitchell and Agent James Smith.