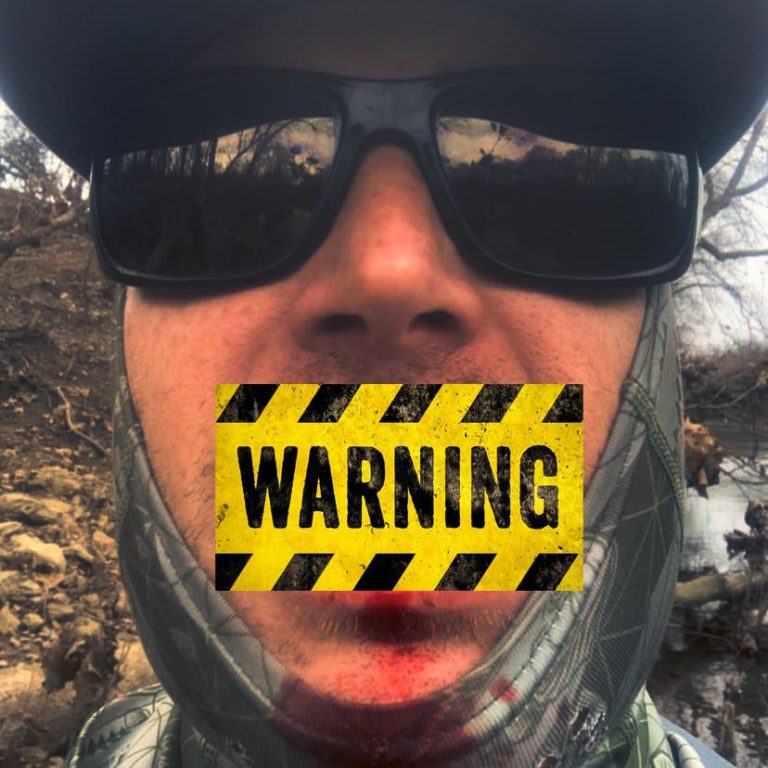 Adam Riser is an accomplished angler and avid kayak and tournament fisherman. But even the best anglers aren’t impervious to mishaps while on the water. This is one if you’ve fished much, you’ve had some close calls with. Riser was floating on a river this week with friends and fishing some laydowns. He got a bite while his line was over a log. He set the hook, and the flipping bait and hook and tungsten weight loaded up and “sling-shotted” like a bullet back into his mouth. He pulled his hand away from his mouth and it was blood and teeth fragments.

“I’ve dodged dozens of lures coming back at me, but I never even saw this one,” Riser said. “My buddies’ faces had horrified looks when I looked up at them with chunks of teeth and blood falling out of my mouth. Still had an hour of the float left. Since it wasn’t really hurting me, we stopped and fished a few holes before loading up.”

I gave him some grief about it and said, “Dude I love that last part. No need to pass up a good stretch on account of a few missing teeth!”

He replied, “Those smallmouths aren’t going to catch themselves, Jason.”

“As awful as it looked, it was relatively painless for some reason. I’m just glad it didn’t hit my eye or temple. Definitely, could have been worse. I’ll look into some new teeth after the New Year. I’m going to be a toothless bum for the holidays.”