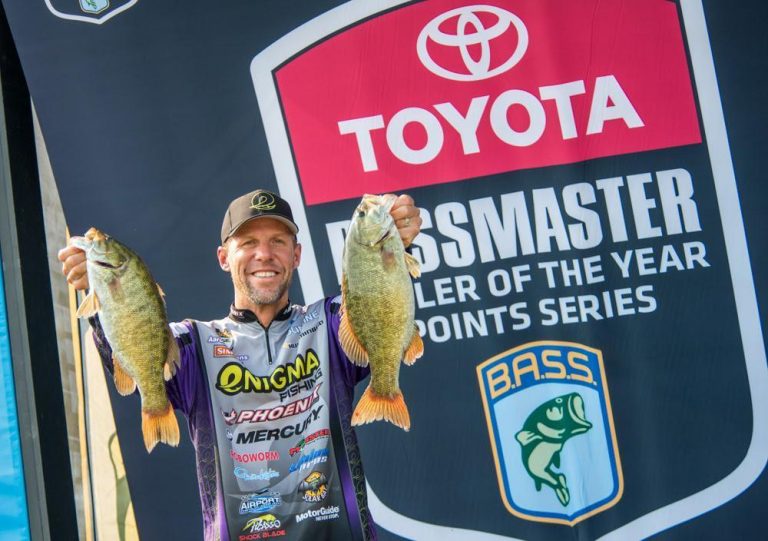 Aaron Martens slept through his alarm clock Sunday morning, got on the water 30 minutes late and still clinched the 2015 Toyota Bassmaster Angler of the Year title three weeks early.

By finishing sixth in the Plano Bassmaster Elite at Lake St. Clair, the 43-year-old Leeds, Ala., angler built an insurmountable 102-point lead over his next closest competitor. It sealed possibly the most dominant season in Elite Series history. And it made the Toyota Angler of the Year Championship on Lake Michigan’s Sturgeon Bay next month a foregone conclusion.

Martens was only halfway kidding. There was very little chance anyone was going to catch him, even if it had been mathematically possible, at Sturgeon Bay next month. Now it’s impossible.

In the eight-tournament Elite Series season, Martens won twice and finished lower than 15th only once. His one hiccup came in the second tournament of the year when he was 66th at Alabama’s Lake Guntersville. His victories came at Lake Havasu and Chesapeake Bay. He finished second at the Sacramento River/California Delta, third at Sabine River, 13th at the St. Lawrence River, 15th at Kentucky Lake.

“It’s getting better every day,” Martens said of the 2015 season. “I’ve definitely been blessed this year.”

“It has been an amazing three years,” said Martens, who has won over $2.5 million in his B.A.S.S. career.

It was a sign of how diligently Martens has prepared for every tournament day this season that he slept through his alarm clock and several wakeup calls Sunday morning. From working on tackle and preparing his nutrition shakes each evening, Martens has been averaging four hours sleep per night. Exhaustion may have caught up with him before Sunday’s final day on Lake St. Clair.

“I never heard an alarm go off,” Martens said. “I’ve never done that before. When you wake up and see it’s light outside you know you’re in deep (trouble).”

Even spotting the other 11 finalists a half-hour before he got on the water, Martens still moved up in the standings Sunday, starting in 11th place and finishing in sixth. It was just the latest example of how dominant he has been all season.