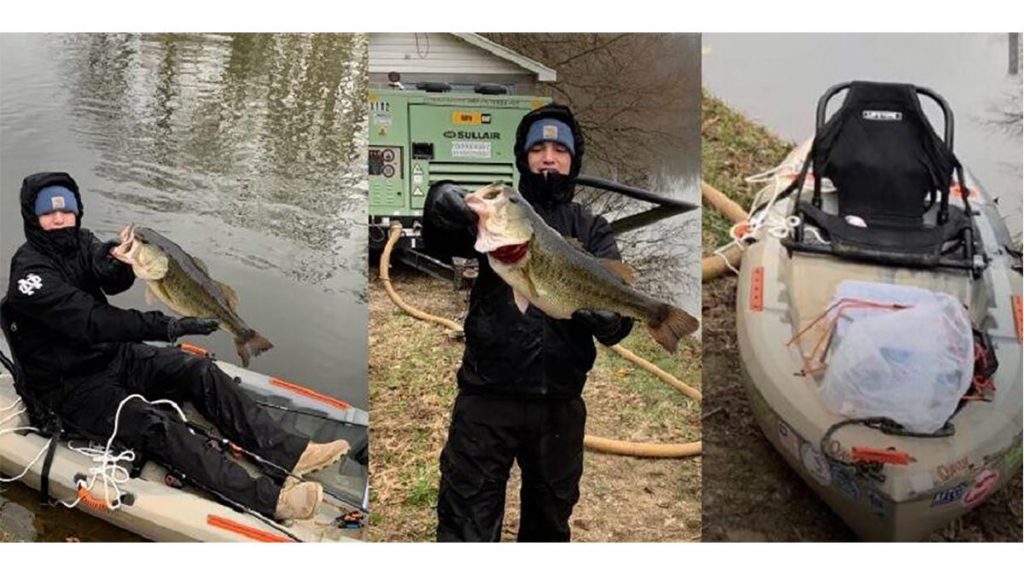 Avid kayak bass angler Jacob Stover has been missing since Sunday. Authorities in Louisville, Ky. and southern Indiana are currently searching for the young man after he went fishing by himself on the Ohio River. He launched his kayak at Cox Park.

Because Stover normally fishes a local pond nearly everyday, his parents didn’t think much of it when he left the house to go fishing early Sunday morning. His parents pinged his cellphone to find out exactly where he was and that’s when they realized he was on the Ohio River. Stover’s father contacted him and told him to get off the water.

Crews including the Louisville Metro Police and DNR officers have been searching for Stover since Sunday afternoon. Both air and water crews have been involved. According to WDRB.com. Stover’s phone stopped responding right before 11 a.m. on Sunday morning. Its last location update was on the Indiana side of the river, just east of the Falls of the Ohio.

The family is pleading for anyone to alert authorities if they’ve seen a boy matching his description. Stover is described as 5-foot, 9-inches tall and 140 pounds. He was last seen wearing black pants, a black coat and a blue beanie. Authorities have found his kayak but are still looking for Stover.