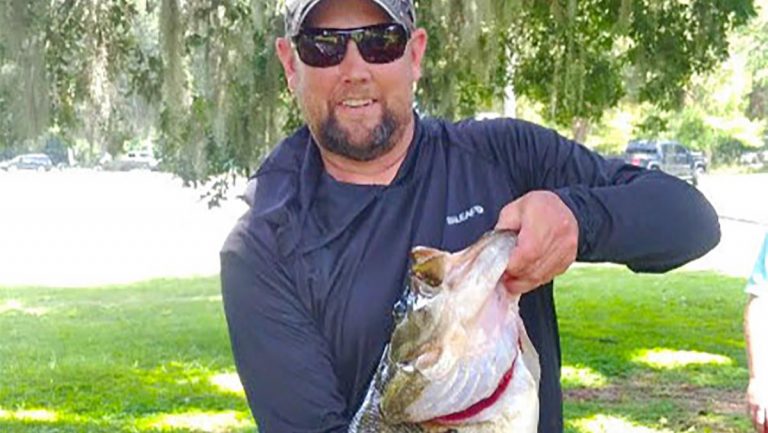 The Florida Fish and Wildlife Conservation Commission’s TrophyCatch program is celebrating its most recent Hall of Fame largemouth catch. The bass, weighing 13 pounds, 5 ounces, was caught and safely released by Chad Dorland during a University of Florida tournament. The monster was caught from Orange Lake.

In the same 23-boat tournament, four fish weighing over 8 pounds hit the scales and Dorland and his teammate Dusty McDevit earned fourth-place honors with 21.26 pounds. These are some really impressive weights, especially considering that it’s the hottest part of the year and over 21 pounds didn’t even crack the Top 3 in a relatively small tournament.

The 13-pound giant was also Dorland’s personal-best bass and he caught it pitching and flipping hydrilla with a soft-plastic bait.

After a few low-water scares in Orange Lake during 2011 and 2012, the lake has rebounded quite nicely and reestablished itself as a legitimate big-bass fishery. The FWC has been working diligently to manage the lake for big bass and it has paid off quite nicely. Eight bass weighing more than 10 pounds have been caught this season from Orange Lake.

Congratulations to Chad Dorland on the catch of a lifetime! Outstanding job!

Check out all of the Florida fishing license info here before planning your trip.