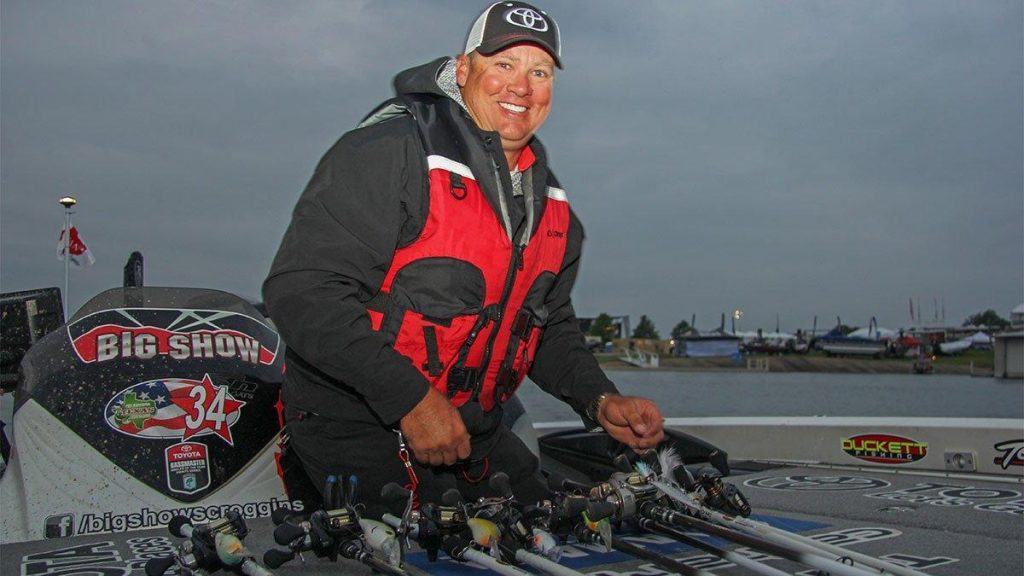 Terry “Big Show” Scroggins has had a successful history at the Toyota Texas Bass Classic when held on Lake Fork. He captained his team to victory at the inaugural TTBC event in 2007 and more recently hauled a 34-pound limit to the scales on day one of last year’s event.

But this year, Big Show has a few concerns. Lethargically feeding bass, despite water being pulled through the Sabine River dam, and dingier water are on his list.

Nothing concerns Scroggins more, however, than the huge increase of fishing pressure from recreational anglers on this three-day holiday weekend.

“It’s one of the very best bass lakes in the country, most folks have three days off for Memorial Day and they come from all over America to fish this lake,” said Scroggins, just moments before day one blast off Saturday morning.

“Fishing pressure has been bad already in practice, so you know the weekend traffic is gonna get even worse,” he added.

Scroggins says he plans to spend 100 percent of his time fishing deep water schools away from the flooded shoreline, but even those harder-to-find fish away from the bank are sustaining a ton of pressure.

“A lot of the weekend guys are educated on how to find and catch those deep water fish these days—they know right where ‘the juice’ is for sure,” Scroggins said.

His Toyota teammate, Kevin VanDam, had his boat parked right next to Scroggins and chimed-in to support Big Show’s thoughts.

“I noticed some of the deep fish I caught in practice looked pretty beat up from having already been caught,” said VanDam.

“I still think you’ll need to catch 30 pounds a day to win, but it ain’t gonna be nothing like last year,” said Scroggins. “You’ll not see near as many big stringers caught among the field overall. I’m guessing if you could average 23 pounds a day, you’ll be way high on the leaderboard when this thing is over.”