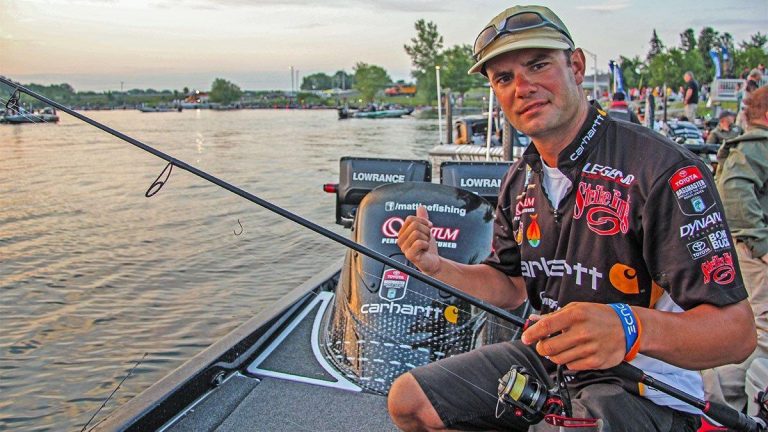 Bass anglers often refer to not catching anything as “getting skunked”. Unfortunately, Alabama rookie pro Matt Lee had already crossed paths with one of the smelly black and white mammals before ever making a cast on day one of the Evan Williams Bassmaster Elite Series tournament in Waddington, N.Y..

“Jordan and I are staying about 30 minutes from launch and I saw a small black creature run out in front of my Tundra on our way here this morning,” Lee said. “Sure enough, when I got to the ramp, people started telling me I had blood on the driver’s side of my boat, and even the windshield of my console—and man, you can still smell it.”

“I mean c’mon man, our dad is a veterinarian and I’m out here running over skunks,” he joked. “Of course, if Jordan had been the one to hit it, it’d be no big deal, because his boat smells bad most of the time anyway.”

However, the difficulty of the fishing has been no laughing matter for the Lee brothers this week.

“I’m guessing you’ll need to average 18 pounds a day to make the Top 12 cut on Sunday, but my practice has been a “D” if I had to give it a letter grade,” said the Auburn University grad who holds a degree in Engineering.

The front deck of Matt’s boat contained none of the more traditional baitcasting equipment familiar to his southern bass fishing roots, and instead four Quantum Smoke spinning reels.

“I rig four nearly identical just because the current is so strong here that it’s always drifting your weight into the rocks on the bottom that these fish relate to,” Lee said. “You get snagged a lot and break off a ton of drop shot weights.”

And as for the windshield on his console? Well, it still smelled like a skunk just prior to his boat number being called for takeoff, promising a uniquely odorous ride down the St. Lawrence to begin day one of competition.