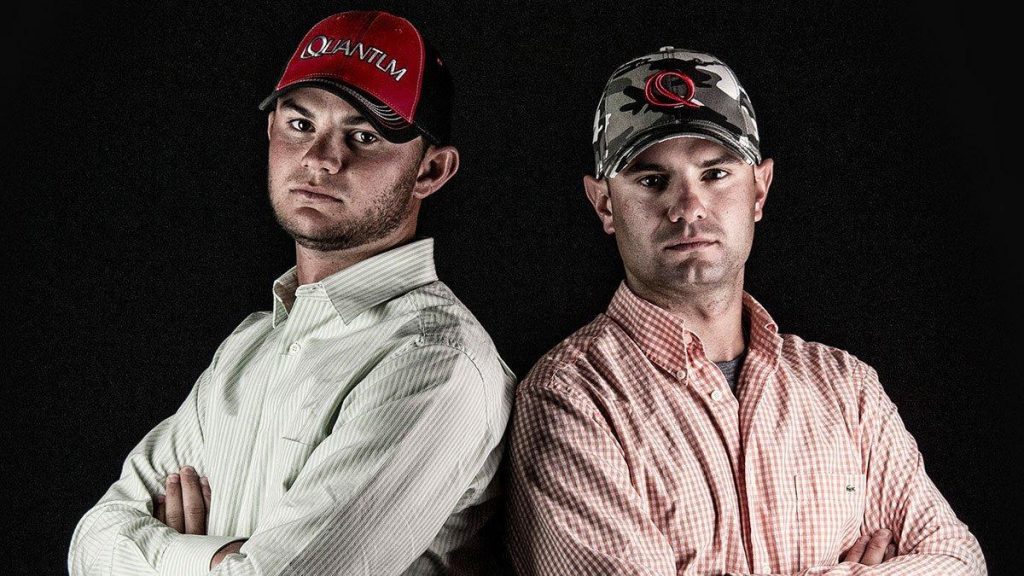 Quantum’s pro angling team is loaded with living legends, and many of them have been a part of the brand for nearly 30 years. The shared loyalty between the sport’s biggest names and the Tulsa-based brand of premium rods and reels is a rare and special one – and it just got a strategically awaited boost of youthfulness with the addition of Matt and Jordan Lee.

“We’ve talked internally for a long time about whether or not any of the youngest generation of pros would be a great long term fit for Quantum,” said Bob Bagby, VP of Marketing for The Zebco Brands. “Obviously, we were aware of Matt and Jordan’s incredible accomplishments as Carhartt College Champions and top-performing Bassmaster Open anglers, but when we realized how seriously they were taking the marketing side of their careers, including their willingness to be mentored by existing pro team members of ours like, Gerald Swindle, we knew we had found the very rare combination of Elite-level talent, youth, and a humble desire to be a part of something bigger than themselves.”

“We enjoy everything about Quantum—the people, the culture, and the products,” said Matt Lee. “Both Jordan and I grew up being taught how to be humble, and we strive to always maintain humility and gratefulness in our relationship with everybody we share life with, including the many pros and marketing team guys that have been a part of Quantum for so many years. We see ourselves as being a major part of Quantum for years to come, and we also see Quantum as being a major part of ‘The Lee Brothers’ brand throughout the long-term future.”

The youngest of the Lee Brothers, Jordan, is off to a fast start with Quantum, finishing in the Top 30 at the Bassmaster Southern Open on Lake Toho. He used a 7’ 6” EXO rod with both the Strike King swimming jig, as well as the Ocho soft plastic stickbait that he caught all of his keepers on. He paired the Ocho with the new Smoke Speed Freak 8.1:1 casting reel, and the swimming jig to a 7.3:1 EXO casting reel.

Kevin VanDam has fished with Quantum rods and reels throughout his entire pro career. Remarkably, the same thing can be said for Tommy Biffle, Shaw Grigsby, and Gary Klein. And if history is any indication, youthful and highly accomplished, Matt and Jordan Lee will look back in 30-years and say the same.