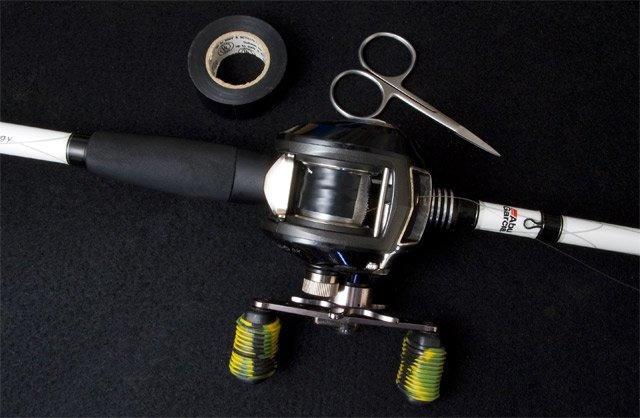 Baitcasters continue to get better and better. But the fact remains you can get a professional overrun, a.k.a. a backlash or birds nests on any cast if you don’t have the brakes and spool tension adjusted exactly right for the conditions. The more advanced reels have tension control, centrifugal brakes, pinch brakes and magnetic brakes. Which if applied together with the magic formula, that super-secret granddaddy recipe, they will improve your casting dramatically.

And no matter what anyone says, most good pros cast further because they don’t use any of these precautionary adjustments. Instead, they learn to control with their thumbs better than most, with the brakes off and the tension knob loose.

When I first learned to throw a baitcaster, it was an act of frustration. Either I couldn’t cast if far enough, or I cast as far as it would go before a web of overspun monofilament clogged the reel. If you’re about to learn to cast a baitcaster or you want to improve specific casts like skipping baits with a baitcaster, there is a way to minimize the frustration during the process.

All you need to do is reduce the amount of overrrun. This is easily accomplished with electrical tape and a pair of scissors. Usually about 3 to 4 inches of electrical tape will work. Cut a nice straight piece of tape with the scissors.

Now with the rod and reel in hand in your practice area. Make your longest cast with a practice plug or old lure without hooks. Now pull out another 10 feet or so of line. Then take the piece of tape, and while pushing the end of the line coming off the spool to one side of the spool or the other, place the tape on the line as you turn the spool.

The object is to wrap the tape onto the line in the same direction that it will reel your line up. This will take a little practice to get it right. But once you have the tape properly placed, press it onto your line snuggly with your thumb. Then reel up all the line.

The reason a bird’s nest is so hard to get out is because it spins line off the spool so deep in a very small space. With the tape, the bird’s nest isn’t able to go deep into the spool.

Now you’re ready to learn to cast your baitcaster like a pro. The thing to remember is that your thumb can work better than any brake system out there because your brain is attached to it. Most braking systems employ centrifugal, pinch, magnetic or some combination of the three.

Magnetic brakes control the spool speed evenly so as the speed of the lure to the target slows the spool slows down because the lure is applying less force on the spool as the lure slows down.

Now if you turn all of these things off, the spool will spin much faster than the lure is traveling after the initial instant the cast begins. The spool is launched into gear at a rapid pace with nothing to slow it even though the lure is slowing down the entire length of the cast because of gravity and other factors (wind resistance, water resistance while skipping, etc.).

The only thing to keep the spool in check with the lure’s decreasing speed is your thumb. So your thumb pressure needs to be applied with the understanding the cast is at maximum force at the beginning of the cast and it minimizes throughout the cast.

This means you need sharp pressure as you start the cast or your reel will instantly over wind its spool. As the lure continues, you back off the pressure with your thumb and feather the line out before stopping it just as it enters the water.

Most pros never let their thumb completely off the line as it unspools on a cast. That’s asking for trouble. It’s also not something you’ll master in 10 casts. But by using the tape, you can quickly pick out a short overrun and make another cast. It takes a lot of the frustration out of learning to cast a baitcaster or mastering more difficult casts like shooting jigs under docks, roll casts to precise targets.

Start slow. Make a short cast under control. Then try to do it again but 5 feet farther. At the end you should be slinging as hard as you can to get that additional 10 feet on your cast before it hits the tape.

One note, I don’t recommend this for actually fishing unless you’re going to be doing short pitches all day and you have someone who maybe isn’t as skilled with a bait caster. That way they can flip and pitch with you all day without backlashes.

The problem anglers will encounter is if you get bit at the end of a cast and the fish pulls drag and takes off, the tape is going to come into play. So just keep that in mind. Also electrical tape gets sticky and gooey in heat, so it can put a residue on your line over time.

But it’s a dynamite way to practice your casting without picking backlashes and destroying your line. Once you train yourself on how the line should feel on your thumb throughout each cast, it will soon become second nature. It will also make buying reels easier because all the adjustments seem to be a little different from one maker to the next. When you take the adjustments out of the equation, you can cast far with any good quality reel.

Here’s a great video going into more detail about learning to cast with baitcasting reels.

And be sure to check out our guide on casting fishing lures.