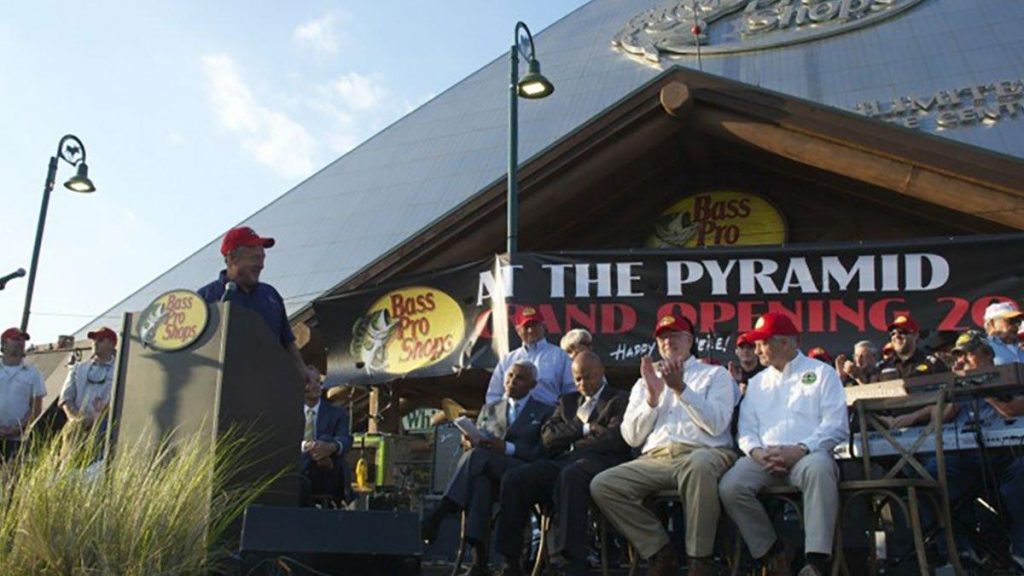 The official statement was released about the acquisition of Cabela’s by Bass Pro Shops. This has been reported for more than a yea now but became official this morning with the announcement of a “definitive agreement” by a Bass Pro Shops spokesperson. The transaction is said to be worth $5.5 billion. In addition a multi-year partnership will be signed with Capital One where they will serve a Cabela’s CLUB, Cabela’s co-branded credit card.

Full details of the acquisition can be found here:

Bass Pro Shops and Cabela’s Incorporated (NYSE:CAB), two iconic American outdoor companies with similar humble origins, and with a shared goal to better serve those who love the outdoors, today announced that they have entered into a definitive agreement under which Bass Pro Shops will acquire Cabela’s for $65.50 per share in cash, representing an aggregate transaction value of approximately $5.5 billion.

In addition, upon closing Bass Pro Shops will commence a multi-year partnership agreement with Capital One, National Association, a wholly-owned national banking subsidiary of Capital One Financial Corporation (NYSE: COF), under which Capital One will originate and service the Cabela’s CLUB, Cabela’s co-branded credit card, and Bass Pro Shops will maintain a seamless integration between the credit card program and the combined companies’ retail operations and deep customer relationships. All Cabela’s CLUB points and Bass Pro Shops Outdoor Rewards points will be unaffected by the transactions and customers can continue to use their credit cards as they were prior to the transaction. Capital One intends to continue to operate the Cabela’s CLUB servicing center in Lincoln, Nebraska.

A driving force behind this agreement is the highly complementary business philosophies, product offerings, expertise and geographic footprints of the two businesses. The essence of both Bass Pro Shops and Cabela’s is a deep passion to serve outdoor enthusiasts and support conservation. The combination brings together three of the nation’s premier sporting brands: Cabela’s, a leader in hunting; Bass Pro Shops, a leader in fishing; and White River Marine Group, a worldwide leader in boating, which is part of Bass Pro Shops.

CABELA’S
Founded in 1961 by Dick, Mary and Jim Cabela, Cabela’s is a highly respected marketer of hunting, fishing, camping, shooting sports and related outdoor merchandise. Today, Cabela’s has over 19,000 â€œoutfittersâ€ operating 85 specialty retail stores, primarily in the western U.S. and Canada. Cabela’s stores, catalog business and e-commerce operations will blend seamlessly with Bass Pro Shops and White River Marine Group. Over the past 55 years Cabela’s has built a passionate and loyal base of millions of enthusiasts who shop both at its retail stores and online.

BASS PRO SHOPS
Bass Pro Shops, founded in 1972 by avid young angler Johnny Morris, is a leading national retailer of outdoor gear and apparel, with 99 stores and Tracker Marine Centers located primarily in the eastern part of the U.S. and Canada. Morris started the business with eight square feet of space in the back of his father’s liquor store in Springfield, Mo., the company’s sole location for the first 13 years of business. Johnny’s passion for the outdoors and his feel for the products and shopping experiences desired by outdoor enthusiasts helped transform the industry. Bass Pro Shops, which employs approximately 20,000 team members, has been named by Forbes as one of “America’s Best Employers.” The company also operates Big Cedar Lodge, America’s Premier Wilderness Resort, welcoming more than one million guests annually to Missouri’s Ozark Mountains.

MANAGEMENT COMMENTARY
“Today’s announcement marks an exceptional opportunity to bring together three special companies with an abiding love for the outdoors and a passion for serving sportsmen and sportswomen,” said Johnny Morris, founder and CEO of Bass Pro Shops. “The story of each of these companies could only have happened in America, made possible by our uniquely American free enterprise system. We have enormous admiration for Cabela’s, its founders and outfitters, and its loyal base of customers. We look forward to continuing to celebrate and grow the Cabela’s brand alongside Bass Pro Shops and White River as one unified outdoor family.â€

“Cabela’s is pleased to have found the ideal partner in Bass Pro Shops,” said Tommy Millner, Cabela’s Chief Executive Officer. “Having undertaken a thorough strategic review, during which we assessed a wide variety of options to maximize value, the Board unanimously concluded that this combination with Bass Pro Shops is the best path forward for Cabela’s, its shareholders, outfitters and customers. In addition to providing significant immediate value to our shareholders, this partnership provides a unique platform from which our brand will be extremely well positioned to continue to serve outdoor enthusiasts worldwide for generations to come.”

“This opportunity would not be possible without the contributions of the many wonderful Cabela’s, Bass Pro Shops and White River team members,â€ Morris said. â€œAll three companies are blessed to have been built by the extraordinary efforts of many tremendously talented, dedicated people throughout our respective histories, and we’re thrilled to consider what the combined team can achieve going forward.â€

Following the closing of the transaction, Bass Pro Shops intends to celebrate and grow the Cabela’s brand and will build on qualities that respective customers love most about Cabela’s and Bass Pro Shops. In addition, Bass Pro Shops recognizes the strength of Cabela’s CLUB Loyalty program and intends to honor Cabela’s customer rewards and sees potential over time to expand the program in the combined company.

Bass Pro Shops appreciates and understands the deep ties between Cabela’s and the community of Sidney, Nebraska.  Dick, Mary and Jim Cabela founded their company in Sidney in 1961, and the company has flourished with its base of operations there ever since.  Bass Pro Shops intends to continue to maintain important bases of operations in Sidney and Lincoln and hopes to continue the very favorable connections to those communities and the Cabela’s team members residing there.

Bass Pro Shops Founder and CEO Johnny Morris will continue as CEO and majority shareholder of the new entity, which will remain a private company with a continuing long-term view of supporting the industry and conservation. Morris earned a reputation as a leading retailer and conservationist. In 2008, the National Retail Federation named him as Retail Innovator of the Year. In 2015, the same organization named him as one of 25 People Shaping the Future of Retail in America. In 2012, The Association of Fish and Wildlife Agencies named Morris Citizen Conservationist of the Year.

â€œConservation is at the heart and soul of Bass Pro Shops. Bass Pro Shops and Cabela’s share a steadfast belief that the future of our industry, and the outdoor sports we all love, depends – more than anything else – on how we manage our natural resources,â€ said Morris. â€œBy combining our efforts, we can have a profound positive impact on the conservation challenges of our day and help foster the next generation of outdoor enthusiasts.â€

The Merchant Banking Division of Goldman Sachs is one of the leading private equity investors in the world, focusing on assisting large, high-quality companies with best-in-class management teams to achieve their growth objectives. The division brings significant experience and a strong track record of success in supporting industry-leading founder-led businesses. Pamplona Capital Management is a New York and London based specialist investment manager established in 2005. Pamplona is currently managing its fourth private equity fund, Pamplona Capital Partners IV, LP, which was raised in 2014. Pamplona invests long-term capital across the capital structure of its portfolio companies in both public and private market situations.

TRANSACTION DETAILS
The transaction provides Cabela’s shareholders with a premium of 19.2% to Cabela’s closing share price on Sep. 30, 2016, the day prior to announcement of the transaction, 39.7% to the closing share price on Dec. 1, 2015, the day before Cabela’s announced its exploration of strategic alternatives and 57.1% to the 90-day volume weighted trading average prior to Dec. 1, 2015.  Immediately prior to closing, Capital One will acquire certain assets and assume certain liabilities of Cabela’s World’s Foremost Bank. The cash proceeds from this transaction will remain with Cabela’s until it is acquired by Bass Pro Shops.

The transaction agreements were unanimously approved by Cabela’s Board of Directors following a comprehensive review of strategic and financial alternatives.

The transaction, which is expected to close in the first half of 2017, will be completed through a cash merger and is subject to approval by Cabela’s shareholders, as well as regulatory approvals and other customary closing conditions.

The Kessler Group and Credit Suisse acted as financial advisers to Capital One and Wachtell, Lipton, Rosen & Katz and Chapman and Cutler acted as legal advisers.