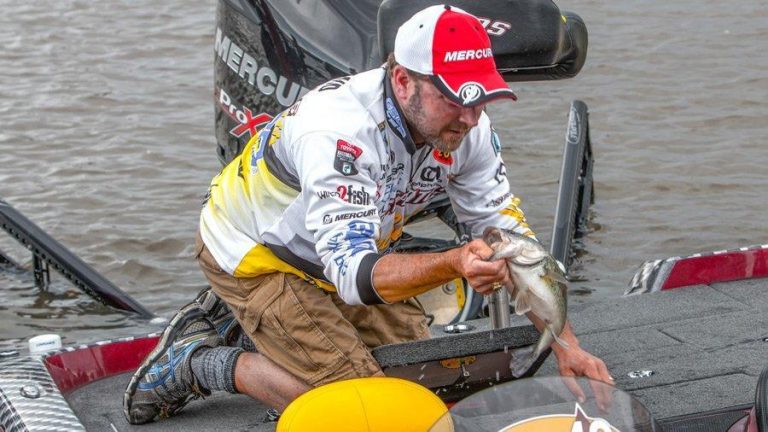 Fish care is imperative to bass tournament anglers. There’s nothing more gut wrenching than looking into the livewell and seeing the ghastly white belly of a dead bass. Dead bass cost AOY points, miss checks and most importantly permanently remove a bass from the system.

Among anglers, the bass guys have been at the forefront of conservation for years. They developed the first aereated livewells, institutionalized catch-and-release in tournaments, and basically wrote the book on keeping bass alive at weigh-ins. Because of that, we’re safely releasing more bass than ever, and many fisheries are more productive.

All that progress in conservation and fish care in tournaments has largely been the result of trial and error combined with hard work. We’ve certainly made progress, but not a lot of science had found its way into tournament fish care? And we should always be asking, “Are there things we do now that can be improved?”

Dr. Cory Suski is an associate professor in the Department of Natural Resources and Environmental Sciences at the University of Illinois at Urbana-Champaign. His lab is a world leader in the field of ‘ecological physiology’, or how aquatic organisms physically, chemically and anatomically interact with their environment.

Over the last several years, Dr. Suski’s team has published a number of papers on how fish, in particular largemouth bass, physiologically respond to many different aspects of the angling process – including how they respond to being kept in live-release tanks. See more about his studies here.

Instead of focusing on one particular aspect of the livewell environment, our exchanges revealed that Dr. Suski’s knowledge and experience would be best served providing an overall discussion on fish care, including what we do right, what we do wrong and what we just don’t know. 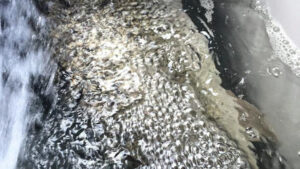 “An overarching theme of good fish care should be that you want the water in the livewell to as closely resemble the condition and quality of the water the fish was caught from,” Suski said. “The fish was healthy and frisky enough to eat your bait, so obviously the latent conditions in the lake or river were perfectly suitable.”

Running the aerators continuously (that means don’t use the timer) on auto also avoids problems with temperature increase and oxygen deficiency, while allowing for conditions most closely related to the water the fish came from.

Every time you hear anglers talk about fish care, one of the recommendations anglers hear most commonly is to ice their livewells. The prevailing theory being that ice cools the water, making it more comfortable on fish that are stressed in warm water.

Interestingly, Dr. Suski’s research has led him in the opposite direction, and he actually recommended anglers refrain from cooling their livewells.

“I’ve always heard of anglers doing this and I’ve never really understood why,” he said. “Evidence in support of using ice in livewells is really lacking. Contrastingly, we’ve done a lot of research that indicates shocking a fish with cool water is actually harmful. There are tangible physiological disturbances caused by cold-shock, and fish are also cold blooded, which means they will recover slower in cooler water as well.”

The livewells on most modern bass boats when run continuously on auto should maintain a temperature that is within a degree or two of the ambient lake water, which should be fine for the bass.

Oxygenators are the latest “must have” for tournament fishermen, and now you’re even seeing anglers installing actual oxygen generating systems in their boats, complete with medical grade oxygen tanks.

Dr. Suski agreed that low oxygen levels can be a huge problem when holding bass in a livewell, but recently completed a study that showed that too much oxygen can actually be equally bad for fish.

“In people, one of the primary mechanisms causing us to breathe is the buildup of CO2, which is why you can’t hold your breath forever,” Suski said. “The CO2 builds up and you have to breathe. For fish, it’s actually the absence of oxygen that causes them to breathe. So, if you put a fish into a livewell that has too much dissolved oxygen, they can actually stop breathing. People think that more oxygen is always better, but we found that’s not the case for fish.”

Although his team hasn’t evaluated the impacts of any of the marketed oxygen generators on dissolved oxygen levels, Dr. Suski recommended anglers be cautious when adding supplemental oxygen.

“It would be one thing if you could precisely control your dissolved oxygen level to supplement or recover from a deficit due to the amount of fish in the livewell and bring it back to the level of the ambient water,” He said. “But if you’re not checking your dissolved oxygen levels, how do you know that the level isn’t instead becoming too high?”

There are a host of livewell treatments out there that claim to improve the condition of bass kept in a livewell. Some anglers swear by them, and others say certain products will actually kill fish when used in a livewell equipped with an oxygenator.

Dr. Suski’s team hasn’t specifically looked at the effectiveness of any livewell treatment formula, and as such he couldn’t specifically comment on whether or not any individual one works as stated.

“Bass are just like any other fish in the sense that they reach equilibrium with the environment they are in,” he said. “It’s not just dissolved oxygen either; they’re also at temperature and chemical equilibriums as well. The closer you can get that livewell environment to the lake environment, the better they will be.”

In these situations, Dr. Suski stressed the important role that tournament directors have in ensuring that holding tanks have good aeration systems, and that anglers minimize the amount of time fish spend in bags.

“I’ve seen the oxygen levels drop fast in those plastic weigh-in bags,” he said. “It would be a very good idea for tournament directors to manage weigh-ins to minimize ‘bag time.’ It also wouldn’t be a bad idea for organizers of major tournament trails to purchase dissolved oxygen meters. They are only a couple hundred bucks, and you can then easily ensure that the oxygen level in your holding tanks is close to that of the lake the bass are coming from.”

Here are couple of Dr. Suski’s published research papers to read in greater detail about his studies and their findings.

EDITORS NOTE: We’ll have more scientists weigh in throughout the year on different things related to fishing to help us all better understand how to find, catch and care for the fish we pursue.