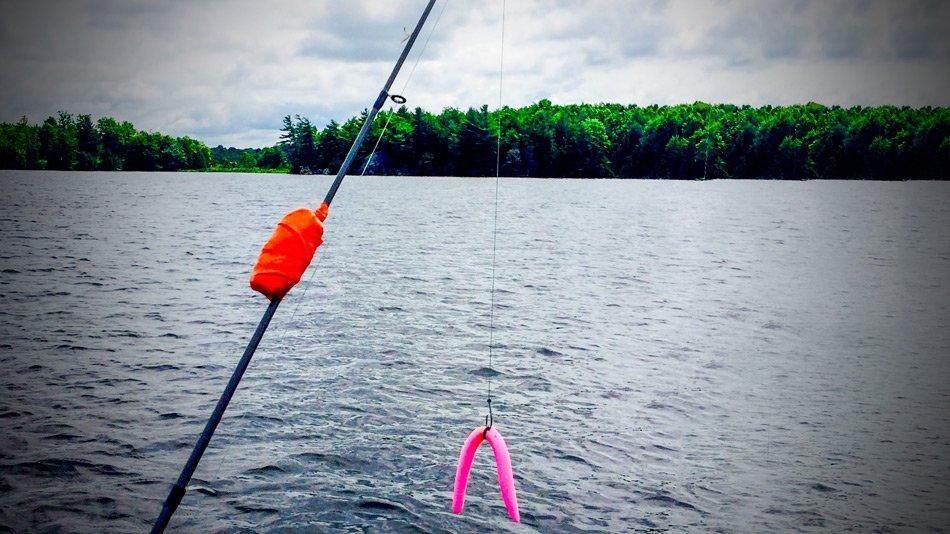 The field of fisheries science evolved directly from early anglers’ desire for more information about their quarry. We’ve all been on the water and wondered exactly how many bass are in a particular cove, or why they suddenly vanished from an area previously loaded.

Questions like these are still the driving force behind much of the fisheries research performed today, and results of that research can be very helpful to anglers looking to land more bass.

The Fish Ecology and Conservation Physiology Lab, at Canada’s Carleton University is one of the leading institutions in the field of catch and release science, and doctoral candidate Jake Brownscombe recently completed a study that should be of particular interest to bass anglers. In the study, he analyzed the effects of bass’ fight intensity on their post release condition, something that had never been done prior.

“Natural resource agencies across the world have long recommended anglers minimize the duration of the fight to minimize stress,” Brownscombe said. “We realized that nobody had really ever asked if that recommendation is effective within realistic fight durations, and wondered how much the intensity of the fight really stresses fish.”

Unfortunately, there had never before been any real quantitative means for assessing fish fight intensity–until Brownscombe figured out a way to do it by mounting accelerometers to fishing rods while catching bass.

An accelerometer probably seems like some hi-tech piece of gear you need a PhD to even understand. That’s partially true, but the odds are still pretty high that you have one in your pocket right now.

“Accelerometers are a cool technology with diverse applications,” Brownscombe said. “They are found in pretty much all smartphones and measure acceleration forces in multiple directions. We were able to mount them on fishing rods and use them to measure the intensity of the fight in largemouth bass.”

Essentially, the team used identical accelerometer-rigged rods, 15-pound braid, and a wacky-rigged stick worm. They then caught an assortment of largemouth bass and immediately checked their reflex responses and blood physiology, which are common indicators of stress on released fish.

Data was also collected on the fight duration and ambient water temperature, which was 53 degrees in the first data set and 72 degrees in the second.

Brownscombe and his teammates sampled 86 largemouth bass through both phases of the study. Overall, the results show that although there was some correlation between fight intensity and fish stress indicators, it is not a dominant factor.

“On conventional bass tackle, the duration of the fights was almost universally under 2 minutes,” Brownscombe said. “Because of that, it is likely that the bass were never exhausted to the point of serious physiological stress.”

They also found that there was no correlation between fight duration and fish stress, which would indicate that under the study conditions, there is no health benefit to “horsing” a bass in. In fact, fish that fought more intensely (acceleration per unit time) were actually more stressed.

Additionally, the study also found that the bass sampled out of 53 degree water had a higher blood glucose level (a stress indicator) than those caught out of 72 degree water–contrary to what many anglers assume from angling lore. Brownscombe warned, however, to look a bit deeper into this figure before making any assumptions.

“Blood glucose levels were not studied independently from capture, so to read into this result and say it was a direct impact of the angling event would be premature. If you have a big meal and sit on the couch your blood glucose level would be elevated even though you’re not stressed. The elevated levels could have also been a result of heavy feeding prior to the spawn. However, other studies have shown that angling at colder extremes is more stressful for bass than more moderate temperatures.” 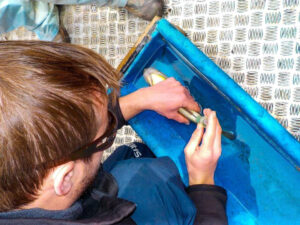 Although this study was the first time researchers applied accelerometers to the study of bass fight intensity, additional similar projects are already in the making. Brownscombe’s team is planning to study the impact of fishing rod strength on fight intensity.

“We’d like to attach accelerometers to bass, then catch them with rods also rigged with accelerometers,” Brownscombe said. “That would allow us to find out how much of the bass’ movements are translated to the rod and how different power rods impact the fight intensity.”

Hard research isn’t the only industry interest looking into accelerometers use in fishing either. At least one company, Poletap, is trying to market rods with built in accelerometers to signal when a fish bites and when too much stress is being applied to the rod to prevent break-offs.

Accelerometers clearly offer an exciting new way to address angling questions. Perhaps one day they could be used to answer the age-old debate over which species of bass fight the hardest.

Fish that fight harder are more stressed out The study found a slight positive correlation between the intensity of the fight (acceleration per unit time) and the stress level indicators upon release. This seems obvious, but had never been officially measured before. Fight duration doesn’t matterBrownscombe found no correlation between fight duration and bass stress levels at both temperatures, where fight durations were all less than 2 minutes. Conservation agencies have long stressed to not play fish to exhaustion, and although that’s may be a good practice in other situations, this study actually found no benefit to the fish from horsing them in faster. Water temperature and air exposure reign supremeAlthough there was a positive correlation between fight intensity and fish stress, it wasn’t as direct or significant as the impact of water temperature. Cold can also be stressfulThis and other research has shown that it isn’t only high water temps that put the stress on bass. Lower temperatures can also be hard on bass, so keep that in mind this winter if you decide to put bass in your livewell.

To read Brownscombe’s full study synopsis, check out this article from the Conservation Physiology Journal. 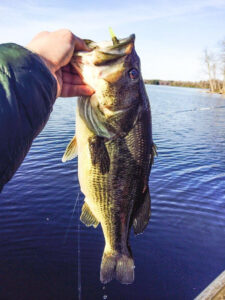