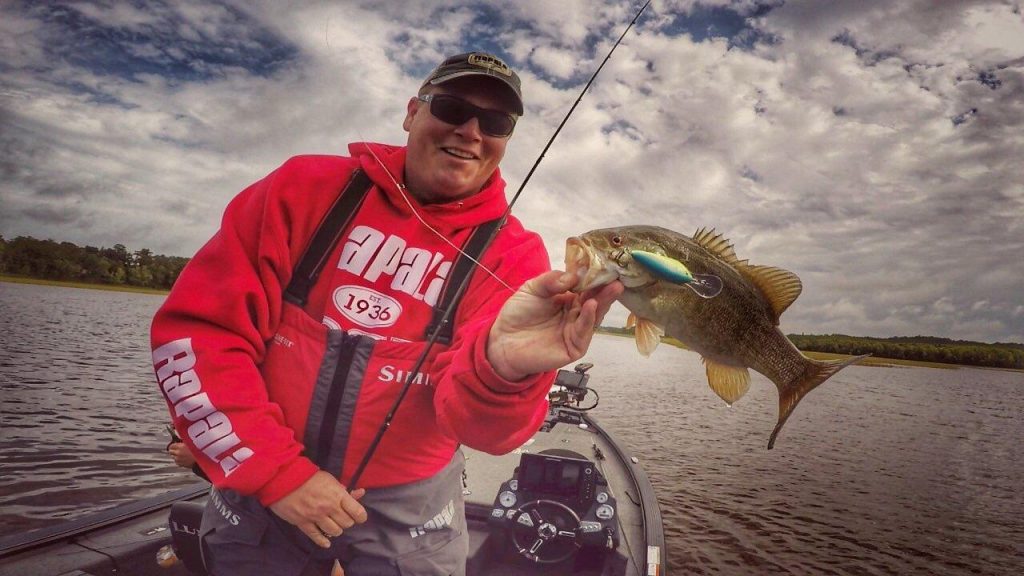 Cover water and trigger bass – a crankbait is a tool for that mission. Fall is a period of transition for all species of bass, with fish often moving distances to consolidate around prime wintering habitat. This transition period however means fish are often spread out. Avid angler Dan Quinn is faced with a river situation where smallmouth are migrating downstream to winter in a reservoir.

His tool of choice is a Rapala DT 10 to comb the bottom of prime transitions areas in that 6-10 foot zone. He targets swept out river bends containing laydowns and rock, and places an emphasis on making bottom contact during the retrieve.

This was Quinn’s first outing with the Minn Kota Ultrex, which proved a powerful boat control tool in moving water. Once hooked up, a simple press of the Spot Lock button pinned the boat in position (GPS controlled) so he could fight and land the fish without worrying about boat control. This made it easy to make the exact same cast to fish schooled in specific areas.

Quinn also discusses crankbait color considerations, selecting the right running depth lure, and rod action for this type of fishing. A lot of great content and plenty of fish catching to drive the message home.