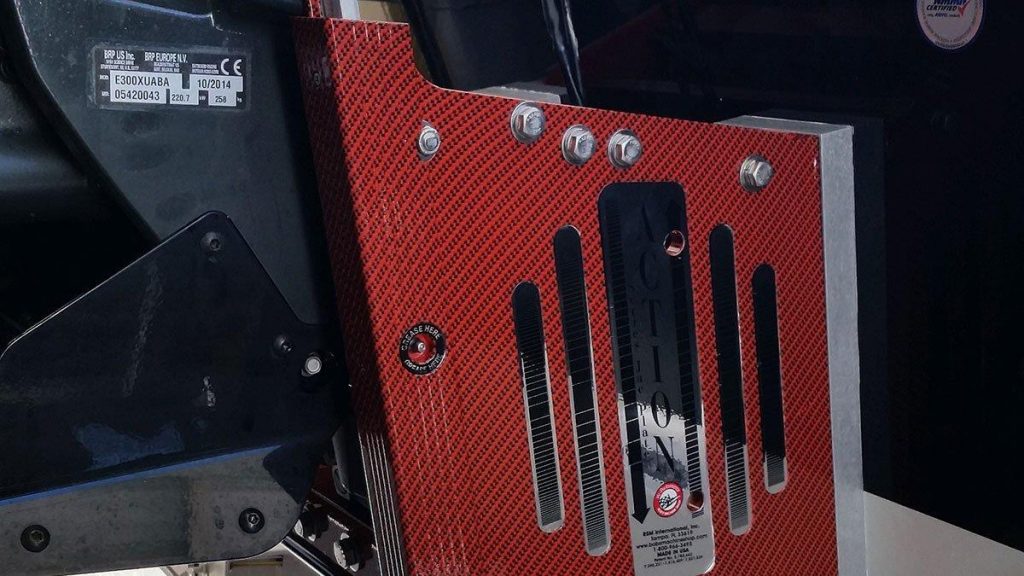 Jackplates aren’t necessarily “exciting” for bass anglers. We all know their advantages but they’re not quite like getting a new rod, reel, boat or a new tournament-winning bait.

The exception, however, was this year’s 2015 Bassmaster Classic at the Bob’s Machine Shop booth. I passed that booth 5 or 6 times and just about every time I went by the booth was full—people couldn’t seem to get enough of the new hydrographic powder coat jackplates.

I spoke to Steven Pelini of Bob’s Machine Shop at length about the new process that allows anglers to customize their jackplates to match their boat and tow vehicle or have a particular theme.

“Bob’s has seen the demand for this type of coating on just about everything we produce,” Pelini said. “The Classic audience proved we are indeed on to something and the demand has been outstanding.”

The new process used by Bob’s utilizes water and powder coat and takes a full day to complete. The powder coat is baked on after primer is completed and clear is then placed on the plate. Three different steps with baking each time makes this jackplate both exceptionally cool-looking but is also said to make it wear like iron. U/V protection is added as well.

Anything Bob’s makes can have this process applied. Cost for the entire process is around $300 plus the cost of the jackplate. Their most popular pattern is carbon fiber and they just announced a new red carbon fiber that looks pretty sweet too.

A Little Background on Hydrographics

Hydrographics came out of the automobile industry and normally utilizes water and paint through a process called immersion printing or hydro-dipping. Just about anything that can get wet can get hydrographics. That includes plastic, fiberglass, wood, ceramics and metal. The cool part of the process is it gives a consistent 360-degree coverage, including small crevices, and is much quicker than airbrushing, for example.

The process involves a tank of water, an ink layer and a substrate image that is base-coated and floated. An activator is floated on both to make the substrate film liquid. A special bonding agent allows the transcription film to adhere to the piece. After the piece is removed from the water a top coat is applied to protect the design.

If you are in the market for a new jackplate or another accessory contact Bob’s Machine Shop at BobsMachine.com or by calling 1-855-JACKPLATE.