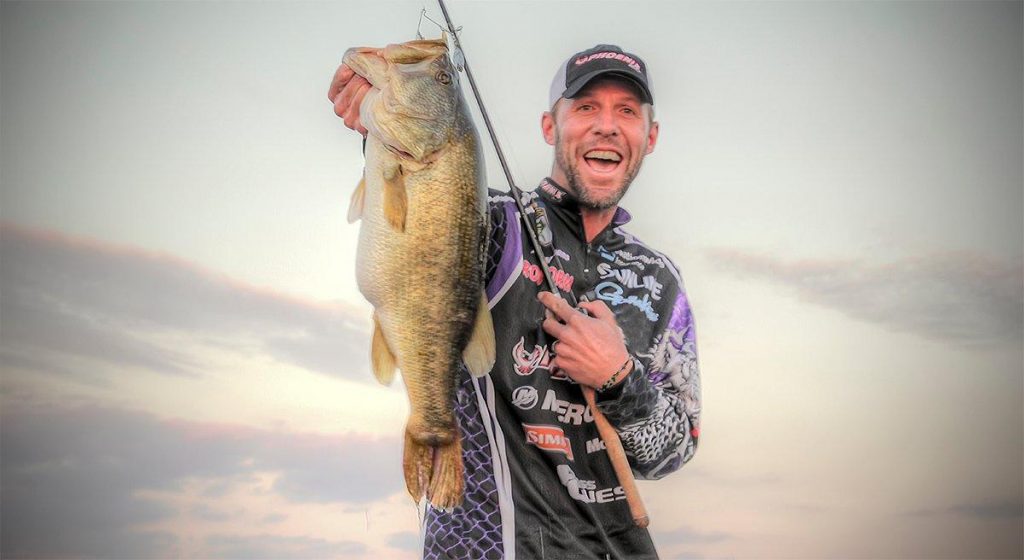 During the colder months, everything slows down. The fish slow down and the catching seems to slow down too. While itâ€™s not impossible to get bass to bite when water temperatures dip below 50 degrees, there are some presentations better suited than others for the task.

I asked four Bassmaster Elite Series pros, whose B.A.S.S. tournament fishing earnings amass more than $8,000,000, which lure they would choose for winter fishing. Of course, â€œwinter waterâ€ is very different geographically around the country. For this article we asked our anglers about water in the 38 â€“ 45 degree range, cold most anyoneâ€™s definition. 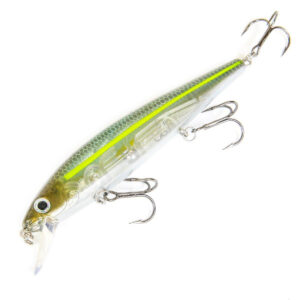 The 2014 B.A.S.S. Angler of the Year, Greg Hackney, chose perhaps the most discussed winter fishing lure of all time, a suspending jerkbait. Hackney finds bass will react to a jerkbait no matter how cold the water, opting for the shallower-diving but larger-bodied option from Strike King.

â€œIf I had to choose one, I would pick the shallower series over the deep,â€ Hackney said. â€œI can always lighten my line to get the bait deeper, and I have found that bass eating a jerkbait are typically looking up to see, and feed on the bait. Even if the fish are sitting in 20 feet, if the water is clear, I can get them to come eat a jerkbait up in 7 or 8 feet of water.â€

Hackney throws his jerkbait wherever the baitfish are holed up. He primarily targets things like bluff ends, channel-swing banks, and in the middle of drains. What all these structures offer is the opportunity to move vertically rather than horizontally, which is imperative for bass in slightly above-freezing water.

â€œThis is definitely a clear water deal,â€ Hackney explained. â€œIf the water has too much color to it, the fish wonâ€™t be able to see the lure, and Iâ€™d have to use something else. But to be honest with you, if the water is muddy and 38 degrees, I am going to be hoping Iâ€™m not fishing.â€ 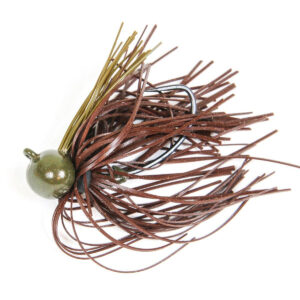 Although Terry Scroggins resides in the state of Florida, he still knows plenty about catching bass in cold-water situations. The â€œBig Showâ€ doesnâ€™t go fishing without a jig tied on, and a football jig is his go-to winter fishing weapon.

â€œIâ€™ll pair it with some kind of plastic trailer that doesnâ€™t have a lot of movement,â€ Scroggins said. â€œIn 38-45 degree water temperatures, I am going to be slowly dragging that jig around, never losing bottom contact.â€

While many anglers would reach for a finesse or ball-head type jig, Scroggins favored the heavier football jig when forced to choose one because the options it gives him.

â€œA football head comes through rock cover so well and rock is typically what Iâ€™ll be fishing in cold conditions,â€ Scroggins explained. â€œYou can fish a ½-ounce football head from 2 feet down to 50 feet. I target structure like channel swing banks, points and the first halves of creeks, or causeways and bridges. Slowly fish a jig around that sort of stuff, and you will catch some bass.â€ 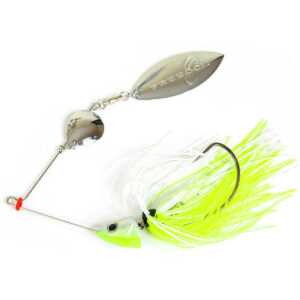 2015 B.A.S.S. Angler of the Year, Aaron Martens went with one of the oldest lures in his arsenal, a spinnerbait.

â€œA spinnerbait is great because it catches them in clear water or dirty water, which we often have in the winter,â€ Martens explained. â€œYou also have so many options on how you can fish it. You can bump the bottom, yo-yo it or fish it high in the water column.â€

Martens was quick to point out, as we saw in Casey Ashleyâ€™s 2015 Classic victory, blade baits are extremely effective even in the coldest of water temperatures.

â€œA spinnerbait is a really great choice throughout the entire year,â€ Martens admitted. â€œSpinnerbaits and blade baits of all kinds flat out work in cold water. I donâ€™t know why so many anglers have stopped throwing them, but Iâ€™m not one to complain. They just donâ€™t know what theyâ€™re missing.â€ 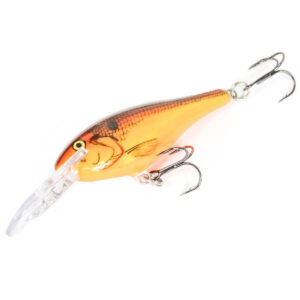 A Rapala Shad Rap is another staple lure for many seasoned cold-water anglers. So it was no surprise when Toyota Pro Gerald Swindle said he would choose a no. 7 shad rap over any other bait if push came to shove in bitterly cold water.

Swindle pointed out you will need the proper gear to throw a small lure like a Shad Rap. Built from balsa wood, the Shad Rap is a light crankbait, even more so if youâ€™re fishing the No. 7 or smaller. If you try and fish this lure on too heavy of line or the wrong rod and reel, then youâ€™ll be asking for a day full of backlashes, especially if the wind is blowing.

â€œYouâ€™ll need light line and a relatively light action rod to get the job done,â€ Swindle explained. â€œCast that sucker out, reel it down until you are bumping the bottom, and then just slowly crawl the bait along. If there ainâ€™t ice on the lake, theyâ€™ll eat it.â€ 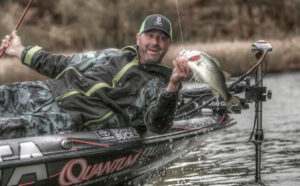 If you donâ€™t have hard water on your local fishery, the bass will likely be inactive, but you can still catch a few with the options listed here. Often this is when the big fish bite.

Every pro we asked echoed that winter is a tough time of year to catch numbers, but there is a decently good chance of catching the biggest bass of your life!