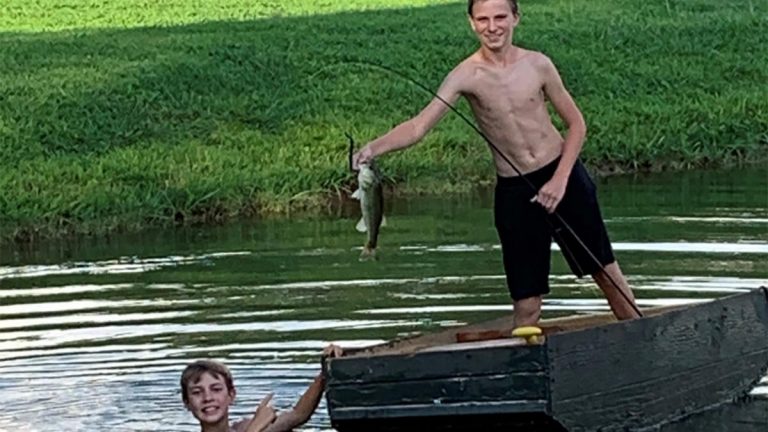 While most of us have gone a little stir crazy in recent months, two Tennessee friends decided to make the most of this unique summer by taking on an interesting project. 14-year-old Brady Crumby and 13-year-old Ethan Hatler both love fishing, but they had one big problem: They didn’t have a boat.

Instead of complaining about their problem, they created an intelligent solution. Using just scrap lumber, borrowed tools, paint and caulk, the two young men built their very own bass boat. Hatler’s dad thought it would be impossible, but the boys set out to prove him wrong.

Once they were done building the boat, the families headed to a local pond to see if it would float. To the parents’ surprise, not only did it float but it also held the two boys and their fishing gear! Now the boys can reach all of the good-looking areas they previously couldn’t from shore.

It’s awesome to see kids getting outside and using their minds, hands and imaginations to bring their visions to life. These guys wanted to get on the water and nothing was going to stop them!