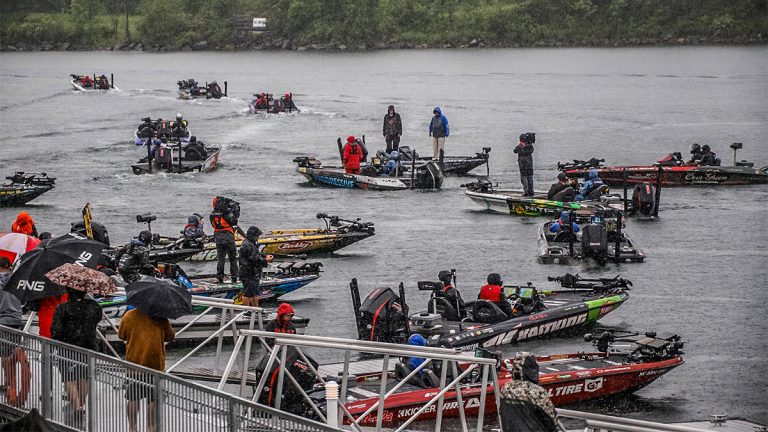 We have had some unique circumstances this week for our Bass Pro Tour Toyota Stage Six event at Lake Champlain.

At this time, the following anglers will not be participating in competition on Lake Champlain this week:

Due to privacy protocols, we are unable to divulge the exact reasonings for each angler’s absence. We do look forward to welcoming all of them back for the upcoming Carparts.com Stage Seven at Lake St. Clair Presented by Covercraft next month, Sept. 10-15.

Because the angler starting groups were set going into Stage Five, and now flipped for Stage Six, we will not be changing the starting groups. If an angler is unable to fish, for any reason, that group will simply be smaller. All other rules will remain the same this week – the two group winners will advance directly to the Championship Round, while the top 19 from each group will compete in the Day 5 Knockout Round to determine who fishes in the final 10 on Championship Tuesday.

As a result of this situation, and after consulting with our Bass Pro Tour angler advisory board, MLF has made the decision to allow each angler to drop one (1) event from this year in the following manner:

We believe this is ultimately the fairest solution for all of our Bass Pro Tour competitors across the board.

I would also like to take this opportunity to welcome back Bass Pro Tour angler Aaron Martens, who has made the trip to Plattsburgh, New York and will be competing on Lake Champlain this week. His ongoing health battles have been well-documented, and we are thrilled that Aaron is feeling well enough to compete this week. It truly shows his grit, toughness, and love for the sport that we all admire him for.

We look forward to a fantastic event on the water this week at Lake Champlain. Don’t forget to tune in to the MLF NOW! livestream each day from 8:45 a.m. to 5:30 p.m. ET.