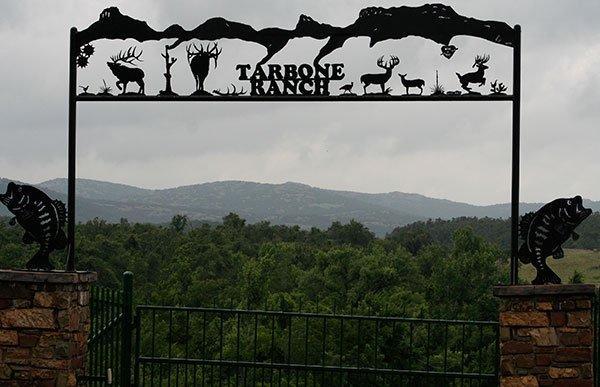 It was, the worst hangover, of my life.

I woke up in bed with my motorcycle helmet on,

I was okay with the helmet on my head, I owned a motorcycle, a chopped Triumph Bonneville,

the parrot on the other handâ€¦

It was a one-eyed showdown, he was a right eyed-bird, turning his head so I could only see his right eye, which was fine, because I was a left-eyed drunk, it was the only eye I could get to focus,

did I say it was the worst hangover of my life,

for the life of me, I had no idea what to say to a right-eyed parrot perched on the end of my bed,

but I thought, instinctively knew, it might be a good idea to keep the motorcycle helmet on, in bed, with a strange parrot perched on your bedpost.

Oh, the parrot was blue.

I was on the downside of a lighter shade of pale.

When my other eye came into focus, I was fairly, but not overwhelming shocked to see that the parrot had a cigar in his claw, and every once in awhile he would raise the cigar to his beak, and just give me the one eyed stare down.

So, to summarize, I had the worst hangover of my life only to wake to a right-eyed, cigar smoking blue parrot perched on my bed post.

Now, please give me some latitude with details of the next few moments, other to say that, after some effort of getting my motorcycle out of its parking spot on our neighbor’s porch, I left for work feeling pretty sweet knowing I had somehow managed to coax a cigar-smoking-right-eyed-looking-blue-parrot into my roommates bedroom without technically telling or waking my roommate, which I still believe to this day completely removed my guilt in the subsequent loud, somewhat curse-filled discussion, of my roommates previously unknown, to both me and the cigar-smoking-right-eyed-looking-blue-parrot, unnatural fear of all things,

So, I get to work only 45 minutes past the 35 minutes ago that I was supposed to be thereâ€¦I crawl under the ledge of the service bar, and take my position as Head Bartender of the joint which allows me the right to basically wash my face and hands in the beer glasses soap sink, take off my helmet and tee shirt and put on, what I assume was the last bartender’s white shirt, pop two ice cubes down my back, light three cigarettes and put one each in three ash trays on the bar, just in case my mind gets a little foggy and I forget which one is mine,

because they all are mine,

turn on a football game,

put my right leg up on the silver cheap liquor trough,

put my head in my right hand,

and try to catch up on some sleep,

â€œHello, I would like one whiskey sour, straight up and a dry Tanqueray martini with two olivesâ€¦ please.â€

And I turn to see my tormentor, who is daring to ask the still slightly hungover bartender to actually wake up and make a drink,

and I find myself looking into emerald green eyes framed by just the hint of red hair, and the young lady is looking at me with both her eyes, and she is not blue, but has the hint of freckles, and she is fresh looking and smelling, and is just standing there smiling at me as she waits for me to make the drinks that I have now forgot,

and soon, we were married,

and soon, will be our 40th wedding anniversary,

and when she asked me recently what should we get each other for our 40th,

I knew immediately what I would get, Barb.

A cigar-smoking-right-eyed-looking-blue-parrot, because had that parrot not been in my room when I woke up with the worst hangover of my life, I never would have gotten up,

and I would have never gone in to work,

and my life as I love it, and the family that came with it,

may have been left,

on the Road, Not Taken.

The Road, Not Taken.

I believe that in every life, there comes turning points, roads taken, roads not.

Forks in life that lead to success, to failure, to the What-If Highway.

What if, I stayed home the night before.

What if, Barb worked a later shift.

or, if the road took the non-taken turn, would there have been just an endless line of cigar-smoking-right-eyed-looking-blue-parrots.

It is my search, my quest, to learn as much as I can about the moments in time, the pivotal moments we all have as we come upon the fork in the road of our lives.

The Road, Not Taken.

â€œSo tell me about your first bass fishing tournament.â€

â€œWell db, it was 1971, I had a new 14-foot bass boat, had joined a little local bass club called something like The Great Plains Bass Club and wanted to see what competitive bass fishing was all about.â€

which almost to the day twenty years later,

â€œIt was that first amateur tournament, I caught one fish, my partner, Tom White, caught two fish and came in second, I came in third place, I was already a fish biologist working in Oklahoma, but it was that first little tournament we entered just to see what all the fuss was about, that Great Plains Bass Club event, that when my love of competitive fishing kicked in, I thought, you know, this is fun, and in the back of my mind I was thinking, this ain’t so tough, maybe I can make a go at it.â€

In 1973, Ken won the Oklahoma Bass Federation State Tournament, â€œand db that really lit a fire under my butt to make a go of this competitive bass tournament fishing.â€

In 1975, â€œI signed up for the All-American on Lake Texoma, I knew the lake, fished it a lot, was really confidentâ€¦â€

â€œdb, I really knew the lake, I had this one sweet spot, it was really secluded, never saw anyone in it, so I take off, head right to it, feeling confident, great, and as I swing into it, my spot, there fishing it is Bill Dance on one side and Tommy Martin on the other.â€

Ken, chuckles, thinking back on the day, but, â€œTo say that was an eye opening experienceâ€¦ wow, they just blew me out of the water, how they figured it out, how they found the spot, I ended up crapping out of the tournamentâ€¦ to tell you the truth I didn’t fish another pro tournament for FIVE YEARS.â€

Ken fished lots of local tournaments during that five year pro hiatus, â€œtook that long to regain my confidence, but the fire, the drive to compete in tournaments at the highest level, never went out.â€

In 1980 Ken left his full time job as a fish biologist with the state of Oklahoma to become a full-time bass tournament angler.

â€œIn my first year, I made the Bassmaster Classic.â€

Ken came in 12th place in the 1981 Bassmaster Classic on the Alabama River in Montgomery, Alabama. â€œFor the next 10 years, I made every Classic but the one in 1986â€¦â€

There is a pause, I know this pause, when you are a proâ€¦ a real PRO, you remember every play, every cast, I know what is coming, and it does, â€œdb, that 1986 tournament, grrr, I missed that Classic by THREE OUNCES.â€

Fast forward to 1991, Baltimore, the Chesapeake Bay and the Bassmaster Classicâ€¦TWENTY YEARS after Ken tries his hand at a local bass club tournament, TWENTY years after a one fish, third-place finish, â€œthat lit the fireâ€¦â€ Ken Cook wins the 1991 Bassmaster Classic.

â€œTurned my life around, that one tournament, winning the Classic, sure the $50,000 I won was great, but what was even greater was suddenly I had all these opportunities with sponsors, with appearances, I suddenly increased my value to the sponsorsâ€¦ life-changing, it was.â€

Ken Cook is one of my favorite people on this planet, we have spent countless hours together and I remember sitting in a restaurant with Ken, and his wife Tammy, another fav, when Ken decided at the table to retire from the Elites after the following year.

Bad knees and the cumulative effects that 34 years of tournament fishing will do to a person, not the will to win, to compete, took Ken out of the game.

â€¦ the 2010 induction into the Bass Fishing Hall of Fame.

â€œdb, I’m one of the most blessed individuals in the world. I turned 67 last week, I miss all my friends on the tour, miss them the most, but to be honest, now that I’ve been out a few years, I don’t miss the competition, don’t miss fishing under a time clock.â€

Barb and I spent a few days at their ranch a couple of years ago and for two people born and raised in Buffalo, NYâ€¦ to see herds of Buffalo just walking around, to see prairie dog villages in person and not on all those TV channels that shoot the outsides, to see sky that goes on forever, tumbleweeds tumbling was an amazing time that neither one of us will ever forget.

You can see for yourself at KenCookOutdoors.com

â€œYou know db, I still fish a lot, a lot, but now I just like to share fishing with others, share the joy with other people, it’s funny that’s where the road has taken meâ€¦â€

Taken: â€œI feel bad for those people who only live in cities, only live with concrete, feel sorry that they never get to connect to the dirt.â€

We talked some more, talked of sons and â€œgrandbabies,â€ Ken now is the grandfather to two young boys, Taylor and Landon, one young girl, Rylee Cook (who is the child in the middle of the storm in the Tackle The Storm logo) and a new young lady â€œgrandbaby,â€ Holly, due to arrive March 10th.

â€œI can’t wait to get the grandbabies out in the boat fishing with me, can’t wait.â€

Taken: â€œâ€¦ I’m so proud of them all (and then for a quick second, a hitch in his voice) I’m the luckiest man on earth.â€

The Road: A drunken kamikaze bartenderâ€¦

Not Taken: â€¦ with a cigar-smoking-right-eyed-looking-blue-parrot.

I believe that we all are on a ride, we’re just not driving the bus. That in our lives there is a hand that guides,

and away from The Road, Not Taken.

In 1971, Ken Cook entered a local fishing tournament to see what it was all about, and began his road trip, which some would say culminated 20 years later in his Bassmaster Classic win,

but as one person also guided by a hand not seen, I know, and I think that Ken would agree,

the road we traveled,

to our wives, to our children, to our grandbabies, present and future,

And from both Ken Cook and myself,

may the road you are guided to,

bring you to love,