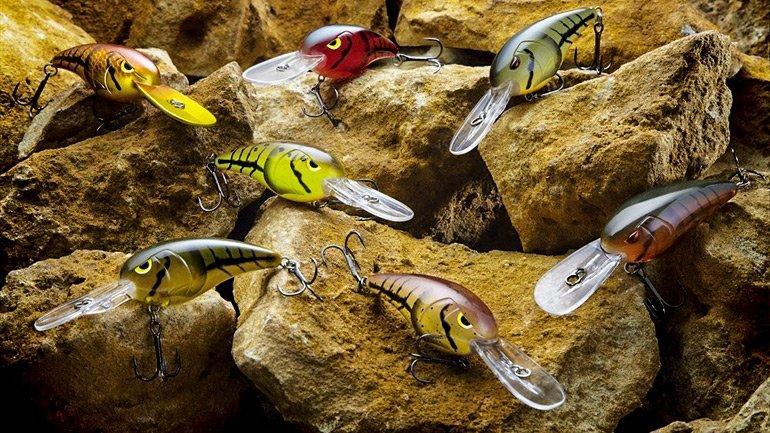 Arkansas pro Mike McClelland is a stickler for details. He is tireless about tournament preparation that includes his boat and his gear plus spends countless hours looking at maps in preparation for the tournaments he fishes. He is a little old school and a little new school all wrapped up in one.

He cut his teeth on Midwest clearwater lakes like Table Rock, Bull Shoals and Beaver Lakes and knowing what triggers bass on those lakes was the impetus for building the new Spro Rk55 crankbait, or as he affectionately calls it the “Rock Crawler.”

“The guys in the Central US where I live have tried all the good crankbaits like the Bomber Model A, Bill Norman Deep Baby N and of course the Storm Wiggle Wart on these clearwater highland impoundments,” McClelland said. “But all of these crankbaits had one thing or another I didn’t like or felt could be made better with an entirely new bait. I wanted a certain action, with a certain kick-out, and I wanted an inconsistent sound. I think we nailed it with the Rk55.”

For the last couple of years he has been working with Spro on putting the finishing touches on a strategic crankbait with his stringent guidelines.

“Conceptually we have been working on this bait for 4 years, but the last 2 it has been a back and forth with prototypes,” he said. “There are subtleties I was looking for in a bait for clear water lakes that are different that those of rivers or stained reservoirs. The beauty of the Rk55 is it works well in both environments but is especially good where crawfish are a major forage.”

Why he built another crankbait

A lot of folks may be asking why another crankbait but hearing the explanation for McClelland is simple. “I didn’t want to duplicate another bait and I was looking for a bait that would dive to 12 foot on 10 pound line right out of the package and could be cast easily even in the wind. The little things that make bass bite that I found out with years of experience in any system that has rock, gravel or sand as its primary bottom composition was key in this design.”

“I knew I was missing fish with similar profile baits simply because I couldn’t get down to them” said McClelland. “In my tests I have found the Rk55 will dive from 10-12 feet without any tweaks and will get deeper with smaller trebles and lighter line if need be. We settled on Gamakatsu #5 trebles for the production model but we made the bait so larger or smaller trebles could be used.”

Although this bait is McClelland’s he asked his fellow Spro pro’s for input. “I am fortunate to have guys like Bill Siemantel, John Crews and Russ Lane to bounce things off of” McClelland said. “We work together and all have our niches. Crews is a flat-sided crankbait expert, Lane likes more contemporary designs and shapes and Siemantel knows all the little things that make fish bite. We are a great team and work together well on most of our projects.”

The details will separate

Mentioned earlier, the sound of the Rk55 is inconsistent. “There is a time and place for rattling baits but the Rk55 will run silent but also have a subtle rattle due to a tungsten ball inside it. I really like that mixture of sound patterns.”

Spro is starting with 7 colors on the initial launch and they are all crawfish patterns. Down the road shad and bluegill patterns could be added. “We started with crawfish patterns because that was what I was after but after fishing it in other lakes I have found it works well in other seasons too” said McClelland. “I fished it in Tennessee with the same results and that tells me we will need shad and bream patterns for other waters too.”

Watch for Wired2Fish product reviews of the Rk55 very soon.

The Spro Rk Crawler is arriving on store shelves now and are already available at TackleWarehouse.com. Click here to check them out.