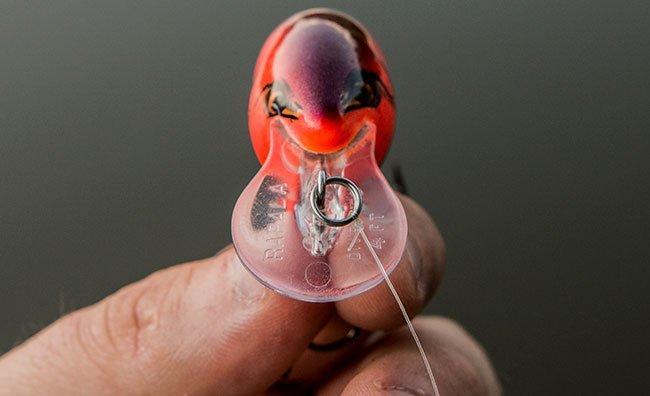 When the summertime water temperatures begin flirting with the 90-degree mark, it’s not uncommon for bass to leave their deep, summertime haunts in favor of shallow water and more favorable water conditions. I’ve had a lot of success targeting these fish with small crankbaits and the Rapala Ike’s Custom Ink DT 4 has been producing some awesome action the past several weeks.

Aside from the fact that it flat-out catches ’em, there are a few specific characteristics I really like about this crankbait.

Casts very well for its size

Although small crankbaits are known for catching big bass, many anglers avoid using them due to their lack of castability. This can definitely be frustrating because regardless of how many fish you’re around, you can’t catch ’em if you can’t reach ’em.

I’ve actually been very impressed, however, by the castability of the Rapala Ike’s Custom Ink DT 4. When you first remove it from the package, you wouldn’t think it would cast very wellâ€”after all, it only weighs 5/16-ounce. But when used on a medium-action casting rod, you’ll be pleasantly surprised by how easily and accurately it casts.

It doesn’t have a weight transfer system, but it flies straight through the air in every condition in which I’ve used it. In both calm and windy conditions, I haven’t had any issues whatsoever with my distance or accuracy. It doesn’t helicopter through the air and you won’t have to constantly baby your reel’s brake settings throughout the fishing day.

Over time, I’ve used several small crankbaits that only hit the strike zone for a very small portion of the cast. Several factors such as line tie placement, bill shape and body shape can be responsible for it, but either way, these crankbaits don’t stay in my boat long. They usually end up in a cardboard box tucked away in my office.

I absolutely love how quickly the Rapala Ike’s Custom Ink DT 4 dives. I’m a power fisherman who loves making short casts to very specific pieces of cover and this crankbait allows me to do it with ease. When I’m in close quarters, I’m able to make short pitches to dock posts, stumps and laydowns and the DT 4 dives to the bottom within just a few cranks of the handle. This time of year, I’m always trying to create as much commotion as possible to elicit reaction strikes and constant bottom contact is a large part of my strategy.

I’ve also been pleased with how well this crankbait stays in the strike zone throughout each cast. Many crankbaits will “waste” half of your short pitches as they swim upwards back to the boat, but that doesn’t seem to happen with the Rapala Ike’s Custom Ink DT 4. I’ve been able to saturate the most productive strike zones, which has been especially handy when fishing vertical cover such as riprap. The large majority of my recent riprap bites have occurred just a few feet from my boat and I attribute that to the DT 4’s ability to maximize each cast.

I wouldn’t categorize the Rapala Ike’s Custom Ink DT 4 as a flat-sided crankbait and I have a hard time considering it a wide-bodied crankbaitâ€”it’s somewhere in the middle. This “happy medium”, as I call it, has proven to be a major advantage throughout different times of the year.

This crankbait is equally effective in both cold and warm scenarios, which takes a lot of the guesswork out of your lure selection. Its wobble isn’t too aggressive as to overpower coldwater bass, but it’s not aggressive enough to fool lethargic summertime bass.

I have a nice collection of these crankbaits and very rarely have I ever needed to tune them in any way whatsoever. When you take one from the package and tie it on, you can expect it to run true every time. I love cranking rocks, however, and sometimes a hard collision can knock this crankbait out-of-tune, but never past the point of no return. Many crankbaits will take dozens of tries before they return to center, but just a very small adjustment is all that’s needed with the DT 4.

Just as I like power fishing in close quarters, I also like retrieving my crankbaits very quicklyâ€”maybe it’s a confidence thing, but I really believe it forces a reaction from the bass without giving them any time to decide whether or not to attack. I can burn the Rapala Ike’s Custom Ink DT 4 as fast as possible without it kicking on its side and appearing unnatural.

I’ve heard a few people complain about the durability of the DT 4 and to be totally honest, I don’t agree whatsoever. Anglers get in a bad habit of slapping their crankbaits on the water to remove vegetation from the hooks, and it’s important to understand that this lure is made with balsa wood. The wood construction provides a tantalizing slow rise and an excellent swimming action, but it can’t withstand hundreds of slaps on the water. No balsa bait can.

I’ve caught countless bass on the entire DT series and I’ve never had a problem with bill separation, cracking or splitting of any kind. I relentlessly beat it on all kinds of cover without any problems. When I get trash on the hooks, I simply pick it off with my fingers. Balsa baits are much different than plastic ones and they require a bit more attentionâ€”it’s just the nature of the beast.

The only difference between the Rapala Ike’s Custom Ink DT 4 and the original DT 4 is the color options. Mike Iaconelli designed these colors to be “toned down” from traditional colors and they look incredible in my opinion.

Ike got tired of sunbaking his crankbaits on his dashboard, so he set out to develop colors that are more natural and muted. If you live on a busy fishery that gets pressured year-round, these colors can be very effective because the bass just don’t see ’em very often. The more subtle the colors are, the more natural they tend to appear to a bass.

If you like to fish with shallow crankbaits, check out the Rapala Ike’s Custom Ink DT 4. I’ve really been impressed by it and I rarely go cranking without one.

The Rapala Ike’s Custom Ink DT 4 is available at these online retailers: 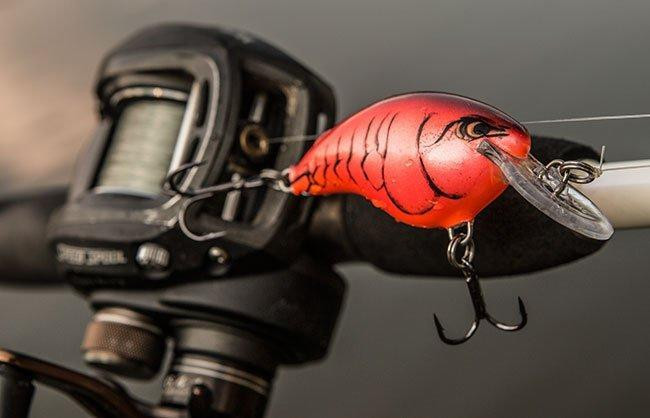