If you’ve read any of my work before, you’ll know I’m an absolute junkie when it comes to shallow crankbaits; they’ve accounted for an overwhelming majority of my big bass catches. I’ve gone out of my way to test nearly every squarebill on the market and I often find myself comparing them to the Lucky Craft LC Silent Squarebill.

This particular squarebill is a staple for both novice and professional anglersâ€”even the ones who don’t get paid to use it. The industry has seen a lot of knock-offs over the years, but it’s tough to beat the original.

It deflects easily off of hard cover

When fished correctly, the Lucky Craft LC Silent Squarebill will make its way through just about any hard cover you can find. Whether you’re fishing riprap banks, thick laydowns or gnarly stump flats, you’ll be thoroughly impressed by its ability to avoid hang-ups.

Of course, this is largely due to its square-shaped bill. As it collides with a piece of cover, the bill kicks the bait out and away from the obstacle. It’s important to note however, that it doesn’t kick out too far. A lot of squarebills will roll on their sides upon contact, expose the hooks and cause a lot of snags. But this particular lure maintains a true track after contact and protects the hooks extremely well. 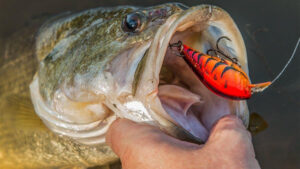 The LC Silent Squarebill is also made from high-float plastic that’s quite buoyant. When you make contact with a piece of cover, simply pause your reel handle for a second and the lure will float towards the surface and away from the cover. This allows you to make what many consider to be risky casts towards incredibly thick laydowns without any issue.

Lucky Craft has a reputation for making high-end and yes, relatively pricey lures. When I was younger, I was always pretty jealous of the guys throwing these plugs because I couldn’t afford them.

Thankfully, Lucky Craft has made a concerted effort to lower their prices. While this crankbait used to be priced at $13.99, it’s now available for $6.99. That’s an excellent value in my opinion and from what I can tell, there is no difference in the lures since the price change.

I can’t tell you how many squarebills I’ve ruined over the years. Some of the best-looking plugs I’ve found have lasted just a few casts before the bill cracked or the body split. Not only is it an annoyance, but it’s a big waste of money. 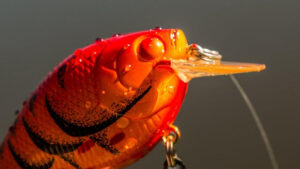 The durability of the LC Silent Squarebill continues to impress me over the years. The bill stays intact after thousands of casts and it doesn’t separate from the body. The body of the lure also keeps its finish quite well and resists teeth marks and hook rash.

It’s also important to note that this lure stores well. I don’t know what the deal is, but I’ve had a bunch of plastic squarebills split while stored inside of my tackle trays on a hot day; the entire body will essentially separate and render the lure useless. I’ve had my LC Squarebills stored in the same container with these other squarebills and they have been totally fineâ€”no damage to report whatsoever.

My local fisheries have relatively small forage, so I tend to use the LC 1.5 for the majority of my fishing. Although it measures just 2 2/5 inches, it weighs 1/2-ounce and casts like a dream. 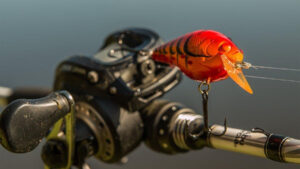 I make a lot of roll casts when I’m fishing a squarebill; very rarely do I make a traditional cast. Although it doesn’t seem like much, this little bit of added weight makes a big difference in casting accuracy and distance. With a medium or medium-heavy rod, the tip loads well on the back cast and facilitates easy casts into tight spaces.

Most importantly, the LC Silent Squarebill continues to bail me out of tough situations on the lake. Whenever I’m struggling and looking for a bite, I’ll often tie one on and start burning the shallows, looking for a reaction bite. There’s no other way to say it, really: It flat-out catches ’em.

I prefer to use silent squarebills the majority of the time. Shallow bass are especially wary of their surroundings and I feel like I get a lot more bites with a more natural and less intrusive presentation. This lure catches bass in both clear and muddy water. I’ve had amazing success using it around docks, shallow rock, grass lines, stumps and laydowns; you name it, really. 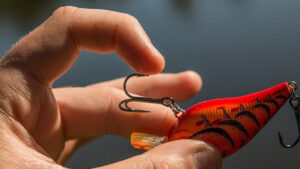 If you’re a shallow cranker, I highly suggest grabbing a few of these lures and keeping them on hand throughout the year. When the fishing gets tough and you’re getting spun out, the LC Silent Squarebill can be one of your best friends.

The Lucky Craft LC Silent Squarebill is available at TackleWarehouse.com.