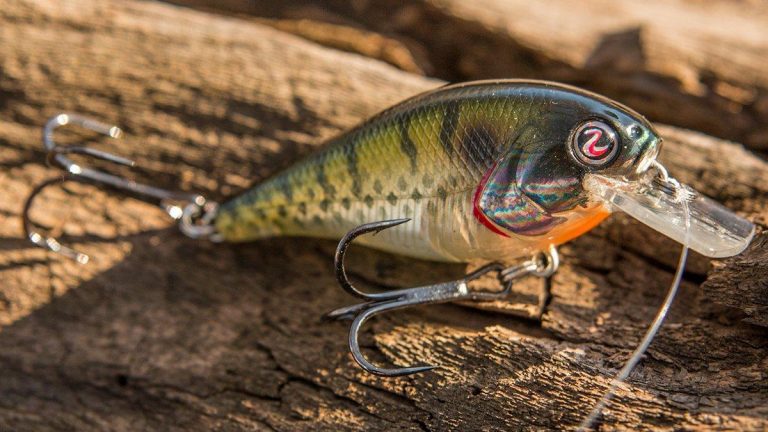 As many of you know, Iâ€™m incredibly picky when it comes to crankbaits; I test dozens of models each year that never earn a spot in my box. Iâ€™ve never used a River2Sea crankbait before testing the Biggie Squarebill, so I wasnâ€™t sure what to expect as I began the testing process.

After several weeks of real-word use and experimentation, Iâ€™m rather impressed by this lure. As I do with each crankbait I test, I made a concerted effort to pay close attention to several key components and characteristics.

The River2Sea Biggie Smalls Squarebill measures 2 1/4 inches and weighs 5/16-ounce. Itâ€™s advertised to run in the 2 to 4-foot range and of course, deflect off of cover quite well. There are two versions of this crankbait: I tested the Bumpinâ€™, which is a fast-floating rattling model and there is also a Creepinâ€™ model, which is a slow-floating silent model.

With 18 patterns to choose from, the color selection has something that will pique any anglerâ€™s interest. Traditionalists will enjoy plenty of tried-and-true colors while new-school fishermen will find lots of vibrant schemes that stand out from the rest. Each color is very realistic and the attention to detail is evident.

Although itâ€™s a bit lighter than some similar-sized squarebills, long and accurate casts havenâ€™t been a problem throughout my testing. Iâ€™ve been using a 7-foot, medium-action casting rod with 12-pound fluorocarbon and have been able to make complex casts in both calm and windy conditions with very few line management issues.

Whether you like to cover water quickly or make precise casts to isolated cover, the castability of this plug wonâ€™t be a hindrance. 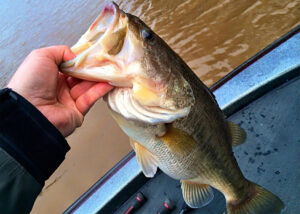 This crankbait huntsâ€”or wandersâ€”more than most crankbaits Iâ€™ve tested this year which is a major selling point for me. Live bass forage rarely swims in a straight, predictable line, so this adds an impressive degree of realism throughout the retrieve. You can also fish this lure quickly without it blowing out and losing its course.

The sound of the Biggie Smalls Bumpinâ€™ Squarebill is a nice blend between a rattle and a clacking-type noise. It has a single rattle located directly behind the front hook hanger which produces a sound thatâ€™s not obnoxiously loud, but not too subtle. Iâ€™ve caught plenty of fish with this rattling model in both stained and clear water.

The lack of hang-ups Iâ€™ve experienced has helped me dissect heavy cover with a great deal of confidence. Most of my bites have actually occured in the very middle of thick laydowns.

The square-shaped bill will kick the bait an inch or two to the side of cover, but it also returns to its center line quickly to ensure an efficient and effective presentation. It also floats quickly, so you can easily â€œwormâ€ the crankbait through thick stuff and show heavy-cover bass something theyâ€™re not used to seeing.

I have experienced zero issues in regards to durability. Iâ€™ve fished a lot of riprap banks with this plug and even made a few wayward casts and there are no cracks or chips to speak of. The bill remains securely fastened to the body of the lure and the color also holds up well to both fish catches and hook rash.

The split rings on the Biggie Smalls Squarebill are rock-solid and donâ€™t bend or warp whatsoever; I have a lot of confidence in them, even when a big bass makes a boat-side surge for deeper water.

The hooks are incredibly sharp and resist flexing, but the shanks are a little long for my taste. On rare occasions, the hooks will become tangled with each other or the front hook will snag on the bill. Itâ€™s certainly not a deal breaker for me, but more of a personal preference issue. Iâ€™ve always preferred short-shank hooks on my squarebills, especially when putting them around thick cover.

This is a really good squarebill that catches a lot of bass. It looks great in the water, it deflects well and it holds up nicely to abuse.

The River2Sea Biggie Smalls Squarebill Crankbait is available at TackleWarehouse.com.