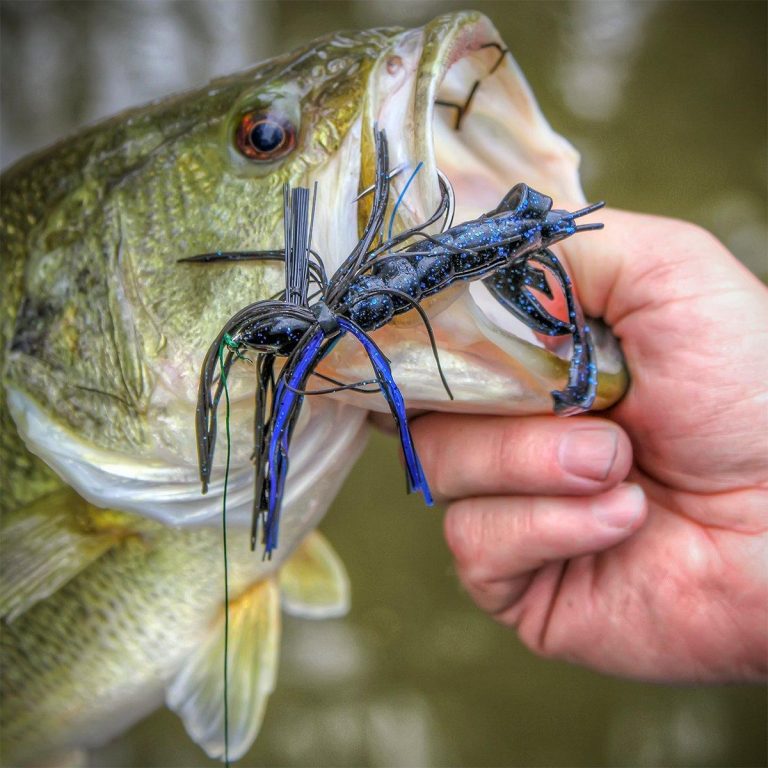 For bass anglers, the phrase “tight squeeze” typically conjures images of skipping baits under docks. Nothing wrong with that notion, but sometimes, you have to squeeze more than a bait into a tight spot. Sometimes, you need one of those up-close-and-personal encounters — the kind that deposits leaves and twigs on the deck of the boat.

Conceivably a tactic for just about any time of year except the dead of winter, such tight squeezes are particularly relevant during the warm or warming fishing seasons.

On a recent trip with Strike King pro Phil Marks, the Texas angler pointed out a prespawn pattern he had developed in Sam Rayburn Reservoir’s flooded cover. A mix of buck brush and hackberry trees skirts much of the lake, but Marks had dialed in a particular scenario that presented great opportunity, but demanded a significant effort.

“Once the water came up, those fish pushed way inside the cover,” Marks said. “If I found a cypress tree or a big willow tree inside the main edge of cover, with a drain nearby, that was money.”

Given the amount of impeding cover between the outer brush line and these inner sanctums, a straight line cast or pitch just isn’t realistic. You gotta squeeze up in there. Lean in, reach over, use branches to pull and guide the boat. Do what you have to do to reach the guarded treasure and the rewards of rarely reached bass will be yours. 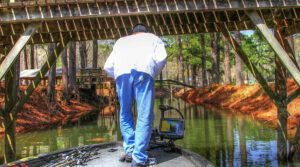 “Plan out where you’re going to pitch before you take your boat in there. A lot of times, you get too close to the cover and you can’t pitch accurately and you can’t set the hook well.”

Keep it simple for the most part.

Target the areas with defined depth variances. These drains, ditches and lanes are bass highways.

Push poles are worth their weight in gold when narrow confines limit even a trolling motor’s effectiveness.

I recall poking into a shallow, wood-strewn slew off Lake Pickwick with FLW Tour pro Wesley Strader when going over a certain log applied just enough pressure to spring free another laying just below the surface. The unseen wooden snare pinned itself between the motor and the transom and gave Strader fits until he finally found just the right angle with his push pole.

Make a way where their is no way. Garden clippers, a pruning saw — these tools can help you enter, or at least reach into some sweet little secret spot.

Even with the trimming and clipping, you may find it easier getting into a spot, than exiting. Trimming up and powering out may be your only option, but do your best to avoid damaging vital spawning habitat. 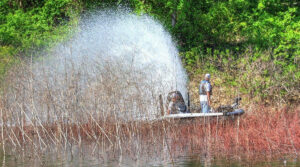 I saw the same thing on Utah Lake when Roy Hawk fished with his son, Sunny. While the elder Hawk pitched a jig to wood and other shoreline cover, Sunny pitched crankbaits and frogs to his target spots. 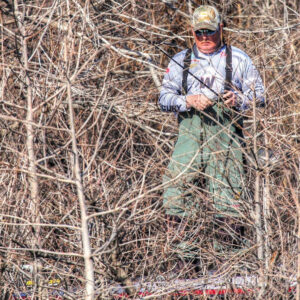 Consider Babe Ruth’s timeless encouragement: “Don’t let the fear of striking out keep you from swinging the bat.”

Translate that to fishing: Don’t withhold a cast or pitch to a spot with equal potential to hold fish and snare your bait.

From a distance, the bow-and-arrow pop usually frees snagged baits; but if you hang a cypress knee, snag a submerged willow branch or wedge a bait in the notch between limbs, just reel the rod tip to the bait and push it free.

And if you’re concerned about getting a fish out of the tight cover, Marks stresses this perspective. “You can worry about getting him out later. You have to hook him before you can catch him.”