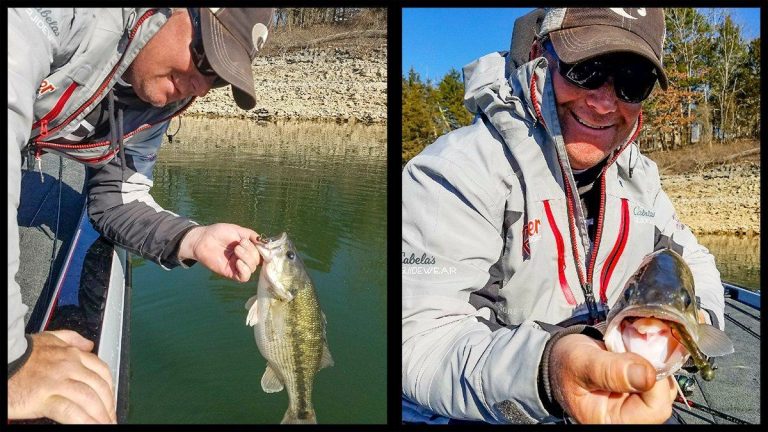 A lot of us grew up playing hide-and-seek, but Western pro Roy Hawk’s youth required an aqueous application. Specifically, the clear waters of Utah and Arizona where he cut his teeth bass fishing held ultra-wary bass that demanded stealthy strategy he has employed to earn a ton of tournament fishing success.

While the common strategy of trying to make baits more visible and appealing certainly has its place, Hawk helps himself in scenarios of high visibility by focusing intermittently on concealment; kind of a “now-you-see-me-now-you-don’t” deal.

“Little things make a big difference and people don’t really think about hiding their bait; everyone’s busy trying to make it more obvious to the fish,” he said. “I grew up fishing these little clear spring ponds and the only way I could get fish to bite is sneak my bait up to a leaf, or a piece of grass or a piece of wood.

“If I just threw the bait out there, they wouldn’t touch it; you almost had to have it half hidden.”

When a fish would come to investigate, Hawk would pop his bait out of whatever cover he was utilizing and often earn a quick bite. The bait, he believes, simulates natural forage dashing from its hidey spot. 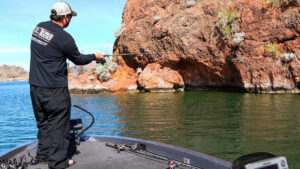 Between pieces of cover and across featureless stretches, Hawk relies on bottom contact to create temporary concealment.

“What happens in a lot of situations is that baits on the bottom produce a little smoke cloud and your bait kind of disappears. I don’t think bass can pick up any flaws as good because they’re not getting a consistent look at it. When it does come out, boom — they get it!

“I think that’s why a shaky head works — it’s on the bottom, it’s stirring stuff up and, at times, it’s half hidden. It’ll collide with a piece of wood and tuck down under the wood or into a rock crevice and then pop out.”

Hawk said this philosophy of hiding a bait along the bottom also applies to jigs, Texas-rigged plastics, crankbaits and short line Carolina rigs. He’ll add hopping a lipless bait over grass and frogging mats to the general premise. In each instance, it’s the intrigue that closes the deal.

“When the lure is totally hidden, but there are signs of commotion, that’s a big attraction for bass,” Hawk said. “When the lure is snapped out of its hiding place the bass has to make an instant decision and can be tricked easier with this brief window of opportunity.

“I think a lot of fisherman and lures are doing this when they get bit. They just don’t realize what exactly triggered the bite. But through understanding and visualizing of what you are trying to create, you can generate a greater number of bites.”