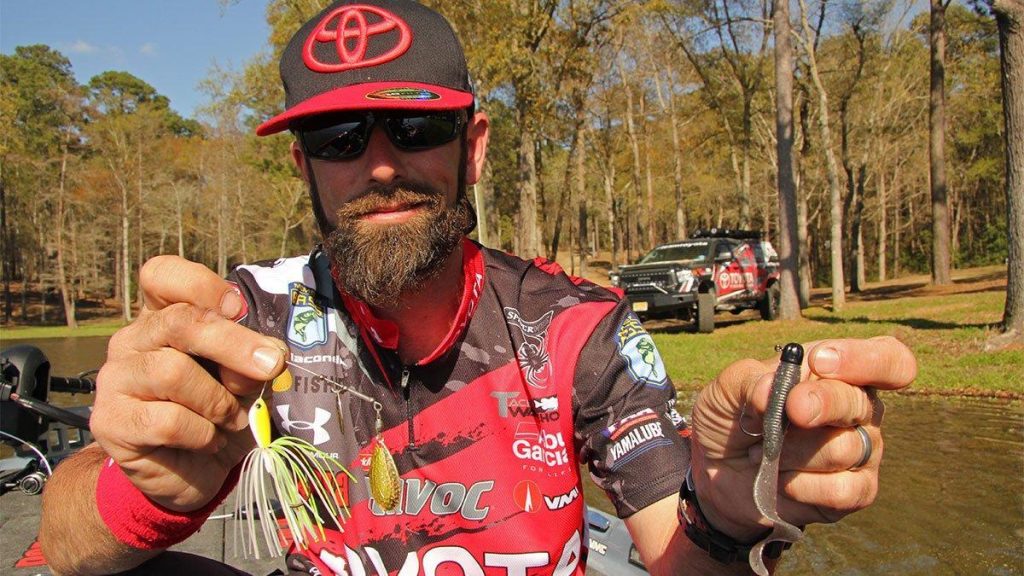 Mike Iaconelli’s lure inventory matches his personality—wide-ranging and colorful. Yet, when asked what two lures he thinks anybody can catch a bass on, it didn’t take but seconds to pinpoint the answer.

“The grub is one of the first lures I ever used in my life,” said Iaconelli, with nearly $3 million in earnings as a professional angler. “A grub catches so many different species too—not just largemouth and smallmouth. White bass, walleye, big bluegill and the list goes on.”

If obligated to choose just one particular grub, Iaconelli is going with a 4-inch Berkley single tail Power Grub on a 1/4-ounce jig head. If reeling it through the middle of the water column to imitate baitfish, he says smoke is a great color. If hopping it along the bottom where crawfish call home, green pumpkin is the winner. He ties both to 8-pound line, and prefers a spinning reel versus a baitcasting reel.

If you’re feeling a little more powerful, Iaconelli recommends trading the grub for a spinnerbait, especially if the water is dirtier rather than clear, or wind blown versus slick calm.

Much like chocolate and vanilla will always lead the race among 31 flavors of ice cream; shades of chartreuse and white win when it comes to spinnerbait colors, and 1/4 or 3/8-ounce models are hugely popular. A 1/4-ounce on 10-pound line would be best matched to those who prefer spinning tackle, while tying a 3/8-ounce version to 15-pound line is best for folks who favor baitcasting.

Bottom line, both the grub and spinnerbait allow the fish to hook themselves in a wide variety of water conditions.

“You cast. You retrieve. They bite. You feel the rod get heavy. You keep reeling. You catch the fish,” Iaconelli said.

“Put it to you this way—when my 4-year old son Vegas gets a little bit older, a grub and a spinnerbait will be among the very first lures I put in his hands.”