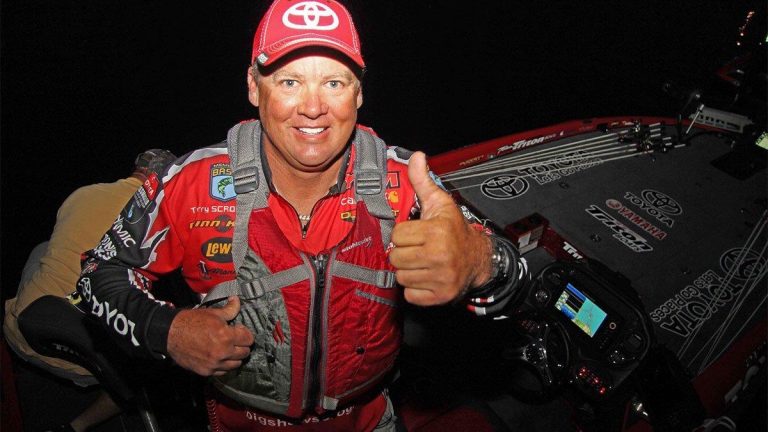 The fact that Florida’s Terry “Big Show” Scroggins racked up another Top-10 finish on the St. Johns River during the first Bassmaster Elite Series tournament of 2016 was no great surprise; but the fact that he chose to wear a lifejacket designed for kayakers during the $100,000 competition certainly caught the attention of fans and media who lined the dock in his hometown of Palatka before morning launch.

“I’ve always preferred a traditional fishing vest-style of life jacket, but I never liked the bulkiness of them and the way they ride up on your neck when you’re running down the lake,” Scroggins said. “I was walking through the Gander Mountain store in St. Augustine back in December, killin’ time while my girlfriend shopped, when I spotted this kayak lifejacket, and I thought “heck, that’d be the perfect combination between a vest-style lifejacket and the newer inflatable ones.”

Knowing his reputation for spontaneous purchases, Scroggins’ recount of the story brings a grin, but for him it’s a serious satisfaction to a longtime frustration tied to his daily wardrobe as a pro bass angler. Not to mention, drowning is the single-biggest cause of death in boating accidents and 80 percent of the casualties were not wearing life jackets when found.

“I also like the fact that because the kayak style isn’t bulky in the shoulder area, your arms have a greater range of motion,” Scroggins said.

He doesn’t wear it while actually fishing, but he’s as happy as a bed of St. Johns River clams, and a few thousand dollars more comfortable as a result of yet another top tournament finish while wearing his unique new life jacket.