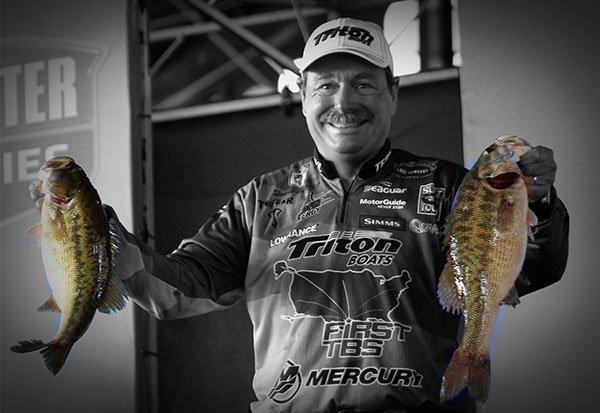 Know this about me,

If I’m the last man standing in America,

I will still believe in the American Dream.

Probably, even more so, at that time.

I listen not to politicians.

I listen not to The News.

I listen not to gossip, rumors, sermons.

I listen only, to my heart.

And I still believe that in a land increasingly being filled with Kings and Queens, it will be the working stiffs with hearts, who will be left standing.

I don’t know if the editors at Wired2Fish will print this next bunch of words or not, but it is a true story and a direct quote from my father.

I was a bit short on the purchase price.

“Why not give me the money it’s a great car.”

At that, my father left me standing there and got back into his well used car, I had embarrassed the hardest working, working stiff, I would know in my life, my father, embarrassed him in front of a man with a new car, new house and new pants.

When I got back into his car, empty used car-handed, we drove several blocks before he said anything, and then, not looking at me, but looking straight ahead as if the street was filled with traffic, in almost a whisper he said.

“I’m sorry, I wasn’t born with a silver spoon in my mouth…”

…at which he turned to me…

“…I was born pretty much with a plastic spoon up my ass.”

I didn’t understand it then, just thought it was funny, and that he was a jerk for not helping me out.  Very shortly after that we had a major falling out, and I left home for good, going several years with basically no communication.

Took years for either of us to care what the other one said.

But then, I got old, and he got young.

Towards the end, before Alzheimer’s took him completely, we stopped one day at a Dairy Queen, my treat for his beloved ice cream, bought him “a double hot fudge sundae with sprinkles.”

As we sat on the wooden bench on the side of the joint, I said to him, “I’m glad to see you got that plastic spoon out of your butt.”

Dad looked at me like, “What,” and then he smiled, while sometimes he couldn’t remember my name he said, “that car was a piece of crap, it would have fallen apart before we got it home.”

I just smiled, after I left home, I bought the car.

“Donnie I was in a tough place then, sales at Sears were down, the twins needed a bunch of stuff, I just couldn’t do it.”

“So much for the American dream, huh.”

I only saw him a few times after that before he passed away, I was in the hospital when he died and couldn’t make it to his funeral, he was laid to rest at the National Cemetery in Florida.  When I’m in Florida I visit him, sit on a marble bench and look at the hundred’s of military vets resting places around me, and wonder about their American Dream, who or what.

There are no Kings here.

There are no Queens here.

The last time I was at a B.A.S.S. Tournament in Florida I took a quick trip over to say hello, brought my mother, who is now interred with Dad, flowers, sat on the marble bench and said thanks to all those at rest around me.

As I drove out I smiled at the guard, and looked over at the Wal-Mart bag on the rental car seat next to me.

In it was an open box, that was missing just one item.

Turns out, I had found the American Dream,

which I believe to be,

freedom to find, and do what you love,

freedom, to win, freedom to fail,

freedom, just, to do.

Freedom, to say thank you Dad,

freedom, to at his grave,

My roommate on the road, and great friend on or off the road, Shaw Grigsby Jr.

“I mean db, think about it, I’ve made a living, I get paid to do something I love…”

“…pretty much the American Dream right there dude.”

“Don’t get any better than that D.”

Most of the time Shaw calls me, D, as if db took to much time to say.  Shaw, Paul Elias (who also told me of his first tournament here) and myself are roommates on the road for the Elite events.

We know each other.

I have great respect for both Paul and Shaw.  If I were an artist and I had to do a portrait of Shaw, it might take me 30 seconds to draw it … and it would only be a huge smile framed in a mustache.

I have been around Shaw when things go bad.

Been around him when things go good.

And there is no change.  Always a smile, always a story, always time for others.  A deeply religious man, countless nights I have fallen asleep to him reading The Bible before he turns out the light.

When I went through a bout of ill health he called me often, prayed for me daily.  A tough man who can be brought to tears when talk heads to ways of the family.

If the commies are coming over the hill, Shaw will be my wing man.

Oh, and then there’s this,

the closest to a photographic memory I’ve ever been around,

“First tournament, I was 16 years old and bagging groceries at Publix, saw a flyer about it pinned up on the bulletin board.  Paid my $35 entry fee, headed to Lake Seminole.  It was 1974.”

“Went up there with my good buddy, another kid, he didn’t have the money to fish it, so I fished the tourney, he just fished around the lake while I was competing.”

At this point in Shaw’s career he only, “had a stick steering boat that could maybe, maybe hit 50mph.”

So he got paired up, “with this old guy who had one of those high performance bass boats, it hand a steering wheel on it.  I was as nervous as can be.”

Nervous not over the speed looming ahead for him, Shaw back then also used to race dirt bikes, and at early age loved to go fast (circle back to him speeding through my name with “D”) but the guy he was paired with, “told me I’m not going to tell you what I do, and that took me right out of the game, scared the living hoot out of me.”

“D I had no idea who he was, I’m freaked thinking he could be like an axe murder, or maybe even a cop, I thought I was going to die, caught one fish that weighed maybe, maybe a pound.”

Turns out Shaw’s first tournament partner was a High School Principle, “when I found that out it was like no big deal I’d never been to the Principal’s office so even if he told me it wouldn’t have meant much to me.”

Not as much as the one, maybe a pound, tournament fish.  Shaw and his friend, an Eagle Scout, kept fishing together for fun, “We would head out Saturday morning, find a motel room, we could get one for $6 a night if they only saw one of us for the room, it was $10 a night if one of us couldn’t sneak in, but we were just fishing weekends for fun.”

Shaw, “didn’t fish another tournament until Spring of 1974, this time it was a buddy tournament and me and my buddy signed up and we used his boat because his had a steering wheel on it.”

“D we get to the lake and all of the boats are lined up side by side, there wasn’t room for us to get in line so we got behind two boats, when they took off they sucked the water right out from under us and we take off and come crashing down, I’m trying to grab our poles, I’m basically eye level with the tackle boxes floating in the air, just trying to hang on to anything.”

Then, “Once we get ourselves, I see that all the boats are making this big arc, and I flash back to motorcycle racing and I shout out to my buddy, ‘don’t follow them, go straight point to point, and when we did that we suddenly were in front of 40 some boats.”

And then Shaw says this, “It suddenly dawned on me, I could race and fish too, and I knew it was for me, this bass tournament fishing, dog gone it D, I knew it don’t get any better than this, and I was hooked the rest they say…”

…is the American Dream.

As we were ending our conversation I said, Happy Thanksgiving man to you and Polly (Shaw’s wife) and your family.

“D, I’m so thankful for so many things, I’m just blessed, I can’t believe what an awesome wife I have, she’s my anchor, the love of my life, that in itself is just awesome, but I also have great kids, and a grandson I love to death.”

“You bet, I am so thankful that when I go I’ll be leaving good people behind, didn’t raise thugs, didn’t raise people who will be a burden on society, in fact they will help society.”

The American Dream is not about money, cars, titles, or square footage,

Call me a sap, or worse, but even with all of America’s faults, Shaw, and myself, and all of us, stand on the soil of dreamers,

who gave us a land to dream in.

I’ll take my chance with dreams, rather than with Kings and Queens, with dreams, not naysayers, with love not hate, with quiet, not shouts, with family, not enemies.

Happy Thanksgiving, be thankful for the soil beneath,

there is an American Dream, and I hope you find yours.

I have found mine, in friends, family, faith, and to honor that this Thanksgiving as we set the dinning room table for Thanksgiving Dinner, I will honor the American Dream,

with one place setting that will have,

I Believe I Can Fly