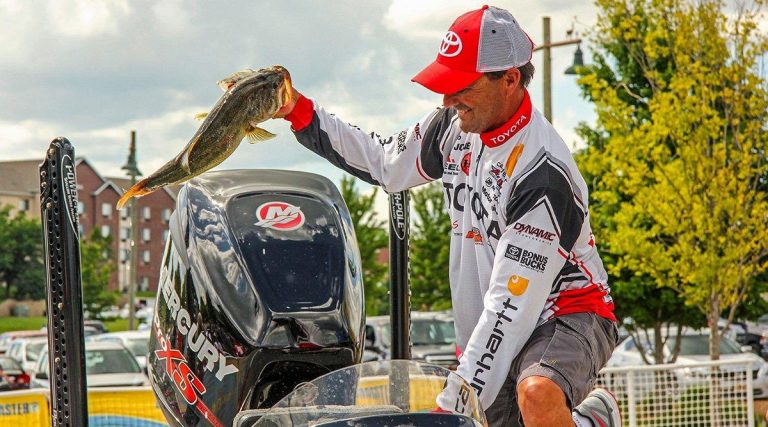 Many will say it was the dead fish penalty he suffered on the tournament’s final day when a crazy smallmouth took an acrobatic leap and tore a gill. But what about the huge gizzard shad a bass coughed up in his livewell the day before? Surely that would have weighed at least an ounce had it stayed semi-digested and made the trip to the scales in the belly of a keeper bass.

Doesn’t matter. It’s in the past. Raising question as to why things don’t turn out the way we plan lacks accountability to something bigger than us. So Teb Jones is moving on from losing by 1 heartbreaking ounce at the Bass Pro Shops Central Open on the Arkansas River.

Regurgitated shad and an acrobatic suicidal smallmouth were out of his control. Now, as Conservation Director for his state’s chapter, he’s focusing on making sure the bass brought to the scales at his upcoming Mississippi B.A.S.S. Nation event at Toledo Bend are handled to maximize their live release.

That’s the essence of Teb Jones. A giver, not a taker, and always with class and concern for the greater good of the future. He always chooses to focus on the positive, and how to do better.

For 10 years previous, he gave in the most gracious of ways leading the Missississpi B.A.S.S. Nation as President, leading that chapter, nearly single-handedly, out of dark times when he was pretty much the only remaining card-holding member.

“Back around 2004 or 2005, we were down to zero budget, no checking account, and I was about the only remaining member,” Jones, who has had a highly successful career in commercial insurance, said. “Now we have around 250 members, and we’re doing really well. Things are good.”

It’s that business savvy that’s made him part of a very exclusive group of non-pro anglers that industry leading marketing agency Dynamic Sponsorships trusts to provide turnkey assistance for clients like Toyota, Leer, and Carhartt – as Jones is always called upon to work the fishing industry’s biggest events on their behalf.

Combine his business professionalism with nearly $60,000 in career tournament winnings, his qualifying for the 2015 Bassmaster Classic in extremely difficult to do fashion through the amateur ranks—an achievement only a miniscule number of all anglers to ever pay an entry fee ever master–and indeed, Teb Jones has assembled a very rare resume rich with fishing talents and life achievements by working for the greater good.

Like that time decades ago under a pavilion at Johnson State Park in his hometown of Hattiesburg, when a storm wiped out a day of water skiing. Jones was single, no kids, and taking cover with a group of other skiers when a toddler chewing on a hot dog decided Teb’s lap looked like a comfortable place to wait out the storm. Teb became smitten with young Evan’s single mom Angela – fell in love – and now celebrates 24 hugely happy years of marriage with her.

“I didn’t know as I started checking out his momma, that he had a brother,” Jones said.

Indeed with Evan came Logan. Teb raised them both as his own. And they’re both great men. Evan’s now a successful salesman in Hattiesburg, and Logan a fireman in the U.S. Air Force.

“It’s just what you do in this life, “ says Jones. “You contribute your time, money and energy for the greater good.”

And that’s why 1 ounce of defeat in a high-profile bass tournament will never defeat or define Teb Jones.