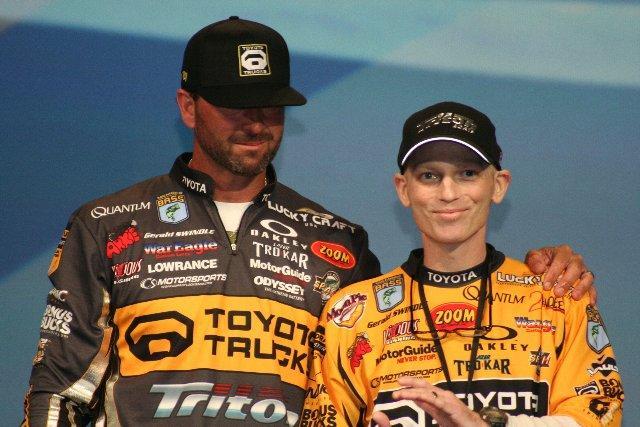 Tony was surely among a list of Swindle’s best friends, definitely a fan of G’s career, and undoubtedly a ground wire to perspective for the rest of G’s Life.

Last year, fans and fishing industry folks like Terry Brown reached out to Gerald for support.

Support of a Chicago-area firefighter named Kevin Oldham, who loves to fish.

And is dying of pancreatic cancer.

Gerald’s told me numerous times — that the first phone call to Kevin was one of the hardest things he’s ever done.

Warning:   if you have a pulse, your tear ducts are about to rain as you read db’s words.

Yesterday, at day two’s weigh-in of the Bassmaster Classic …

B.A.S.S. officials approved Gerald’s request to have Kevin ride shotgun with him in his boat as he was pulled into The New Orleans Arena.

And bass fishing’s funniest and most talkative man fell speechless on stage.

With microphone under his chin, Swindle’s silence green-flagged admiration and applause.

And let me tell ya, holding focus on that Canon while your nerves tremble with emotion and your viewfinder floods with tears ain’t easy.

I just held the shutter button, and hoped.

Here’s a few frames from a moment that left most in an arena of 10,000 people with flooded tear ducts and better hearts. 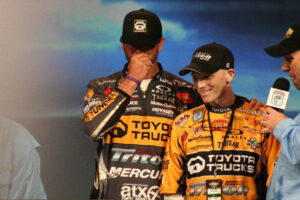 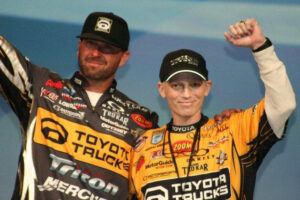 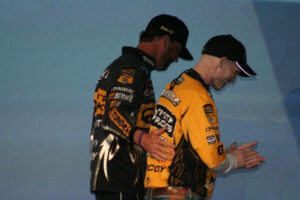