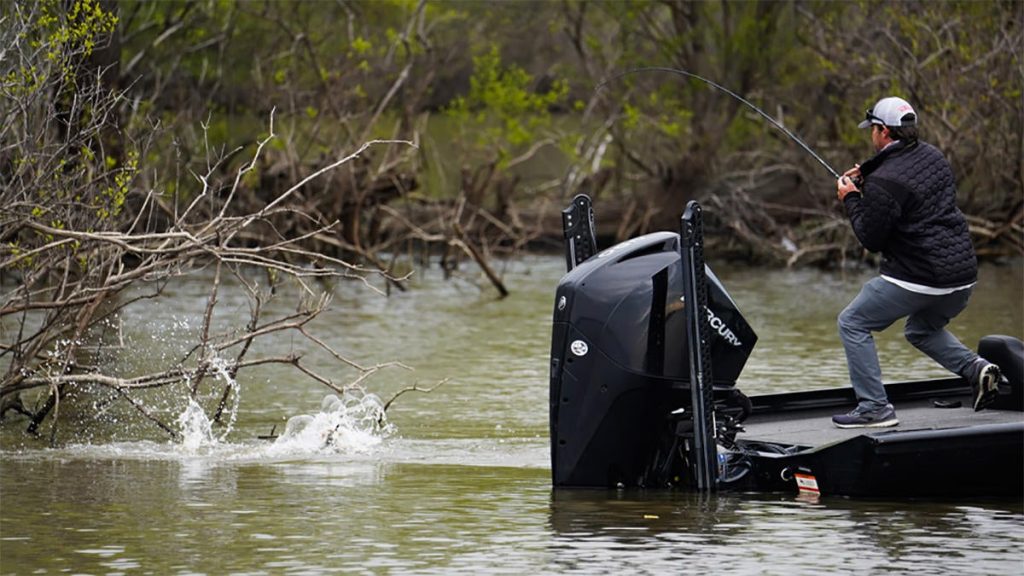 When the NPFL, National Professional Fishing League, announced a couple years ago they were starting a new professional trail I have to admit I was a little unsure about it. Another trail? Did we really need one and could the already-saturated industry support step up enough to make it work and give it the financial support to allow it to flourish? I certainly had my doubts but so far, I have not heard one single negative comment. This comes from those supporting the trail and the anglers who are participating as well.

With the MLF and B.A.S.S. trails full of different levels including the top, middle and bottom levels, were there enough anglers who would see this as an opportunity and embrace what this group had planned? How would fans of fishing and the fishing industry feel about it; would they embrace it or would it be a more wait-and-see approach?

After a few events, my question has been answered. This new trail has been a resounding success. Credit goes to those involved and doing things the right way. Although I have not watched all of the events wire-to wire, I have definitely been glued to them when I have had time.

I really like how they are making household names from their field of previously lesser-known anglers and the coverage, although different than others like B.A.S.S., Wild West and MLF due to its unique approach and not taking it too seriously.

Luke Dunkin and Fat Cat Newton have brought a breath of fresh air to tournament coverage and I have enjoyed them asking questions regular folks might want an answer to. The Bass Tank owner and Oklahoma pro John Soukup has won two of three events doing it like he does in his business as an electronics guru. Dissecting a lake, figuring out the lake and the fish and using the tools he knows like the back of his hand. John is an innovator and it’s proven by his success on the NPFL.

Soukup’s big personality success on this trail has launched the NPFL from just another start up league to being recognized as one of the up-and-comers that holds potential for other anglers who may not be with MLF or BASS but are just great anglers looking for a trail to show their abilities. To say the NPFL is an overnight sensation is an understatement, in my opinion. It went from “ho-hum” in my mind to being a legit opportunity for other great anglers to showcase their abilities and it has worked quickly and with a surgeon’s precision. As I see it moving forward, it complements the other trails and I believe they will all continue to grow.

The Wild West Bass Trail continues to grow as well and they just might be the best at throwing things at the wall to see what sticks… because most of them have been sticking. The West Coast is a hotbed for new and exciting techniques like drop shots, swimbaits and glide baits; a lot of stuff we now know as mainstream actually originated there first. Heck, even clothing like buffs and performance apparel got their starts there. I saw a lot of the new stuff first hand while covering and helping with tournaments there 10 or so years ago. Innovation comes in many shapes and with the unique breed of angler out west, it is evident they needed something like this organization where the angler and events are the first priority.

Jeremy DeHart and his team continue to showcase the West Coast to include Arizona and California mainly but have taken strides to bring more anglers from Washington and Oregon along, too. Some of the best anglers we know today got their starts on the West Coast and it’s no surprise how anglers there now look at the Wild West Bass Trail as “their” trail and take pride in it.

Wild West works with other West Coast organizations like WON BASS and others along the way as well. WON BASS still runs the US Open too and it remains one of the diamonds in fishing. Names like Rick Clunn, John Murray and Clifford Pirch all have won the US Open and this year’s Bassmaster Classic B.A.S.S. Nation angler Justin Kerr came close to winning the Classic too. Kerr is a perennial leader and winner on the left side of the country and he showed how well those anglers just might do if they fished more out east. MLF pros Skeet Reese, Brent Ehrler, Ish Monroe, Dean Rojas and Jared Lintner still live there and B.A.S.S. pro Clifford Pirch and Texas transplant Chris Zaldain all cut their teeth on West Coast waters too, to name a few.

I believe there is room for more just like them but they cannot just fish two leagues. We need more and the question will always be whether or not the dollars are available for all to flourish. That is the $60,000.00 or more question.

The Japanese anglers are making a big push, too. Be on the lookout for even more making their way east. Success and growth breeds more success and I see our sport becoming younger and more international every day. I believe it is a very good thing.

The ability to get more folks on the water should be the industry’s priority because if we do our jobs, more non-endemic businesses will see fishing as a viable opportunity to showcase their companies. We are on the cusp of great things all across the country and having all kinds of organizations getting on board is a good thing in my opinion. Will any of them replace the Bassmaster Classic? I doubt it. But shouldn’t the goal be working together to build our industry for the whole anyway?

I am all-in to see fishing realize its potential and nothing would make me happier than to see big companies jumping the bandwagon like Toyota has. They have seen the value of showcasing their trucks with anglers and I believe in my heart that others who would give it a chance and get engaged would as well.

The next 10 years will be telling and maybe it’s a bit myopic to think we could all work together for the betterment of the entire industry. But heck, let’s shake hands, give each other a hug and work together for the benefit of all anglers, tournament or non-tournament ones alike. It may not be entirely possible but rest assured, this guy will continue to try and I applaud these new leagues and what they are doing. I hope you do, too.