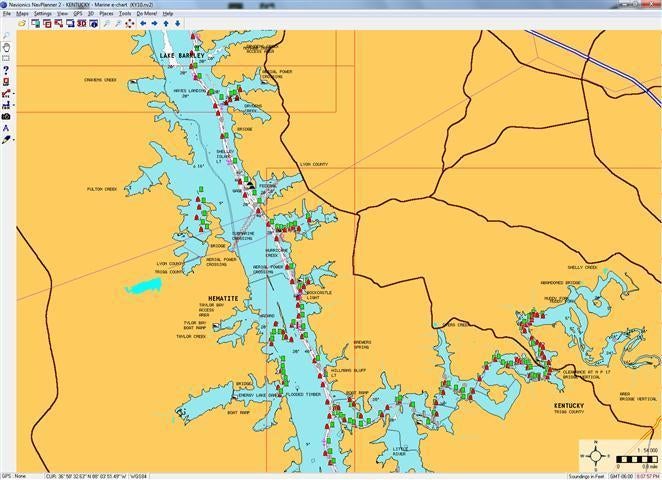 Mapping technology has come a long way baby. Side imaging, Google Earth, structure scan, pixel counts, SD cards, Navionics, GPS, waypoints and navigation tracks have all become necessary vernacular of today’s angler. Some of it is very good, and some of it may muddy the water. The new technology we have at our disposal was only dreamed about when I started in this game.

As it is with most new stuff, it will give an angler a competitive advantage and quickly it becomes a must have. Fishermen quickly gravitate to the new technology quicker than a bear to a bee hive. We not only want it, but have to have it. That is not necessarily bad but being able to utilize the old and the new can be even a better advantage and rest assured none of the new stuff on its own is an end all. Learning how to combine the new with the old will pay dividends, no question about that. The best in electronics combined with wily map experience is the deal.

Today’s technology is a tool. Much like the introduction of the new graphite rod was when fiberglass was the norm, new technology for mapping has allowed pros and weekend anglers alike to sift through the chaff to get to the wheat. They also can do it much faster. What was once a mystery lying on the bottom is now a foundation, brushpile, rockpile or a submerged dock. It might even be an old boat or a bicycle. To a certain extent, it has taken the guesswork out of the game and over time will make the little things even more important. Not only will anglers have to be able to use the new tools but the old ones as well to be successful.

The edge of a rock wall, a solitary stump on a channel bend or a hump with scattered rocks can be the pot at the end of the rainbow. Today’s anglers can find them quickly and run right back to them at Kentucky Lake or Lake Erie. The tools make that happen.

From an outsider’s perspective, there is one element of new technology that has changed the pro tournament game. Simply put it is Global Positioning. The ability to mark waypoints and their exact coordinates indeed help anglers catch more fish but also open the door to more information sharing of those waypoints. Is that good or bad?  Depth finder or side imaging alone does not open the can of worms for information dissemination. GPS does. Is there a way to use the best technology without compromising the integrity of the game? That is a tough call.

Finding the best spots in three days of practice in very large lakes and rivers is tough business. Safety issues that are solved with GPS may outweigh the problems with waypoint sharing. Being able to navigate these waters safely has taken the front seat. It would be hard to fall back without it now, no question.

The ability to triangulate offshore structure used to be the differentiator. With GPS it doesn’t play in the game much anymore. Its a simple push of a button, and you don’t have to be smarter than a fifth grader to do it. It indeed makes it simpler to find that sweet spot again quickly but it also makes the ability for “hole poaching” easier, as well.

Think about it. If all anglers were only given depth and side imaging would the sharing of info be a problem. It may be or it may not be.

Don’t get me wrong here, I love the new stuff. I like it all, but with it we now have to find a way to keep the purity in the sport. We have to keep the competitive playing field even. I don’t have the answers but based on what I do know, it has to be looked at. Lets use the tools, all of them, but let’s find a way to keep the grit from getting in our oatmeal.

Finding a large brushpile has been childsplay for years. Finding a sweet spot on a 5-mile long ledge, or a spot within the spot is where the beauty begins. Today’s electronics are part of the equation, but combined with old maps, electronics can play a role to separate the rock stars from the one hit wonders. Old roads, bridges, humps, gravel pits, ponds, etc. may not be on the latest chip but rest assured an old map may have them. Both tools used in concert may make a difference.

Combining old school, paper maps, with new school, electronics, can be a significant advantage. One should not take precedent over the other from my perspective.  The best will be the best if both tools are available and utilized to the fullest. A good map reader and a electronics expert will have sustainable success. Knowing how to pattern fish by seasonal pattern is first and then using the tools at your disposal will enhance the anglers ability to catch fish.

Paper maps, killer electronics and computer chips are a big part of the game now. Those that use them both most effectively win more times than not. I truly believe that.

What is the answer?

I am indeed old school but I am also a believer in our sport. Can we make it a game that starts and ends on a level playing field? Time will tell.

What do you think?