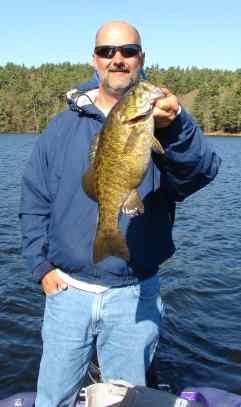 Longtime friend, fellow angler and grassroots guru Al Smith of Prattville, Alabama thought it was time to get a true definition of the term “grassroots angler” and the following opinion does just that!

Al, a former BASS Federation Director, Anglers Choice President and most recently was the head honcho of the BassFan Army. He has a dedication to weekend anglers that is unmatched. We will be picking his brain now and again here at Wired2Fish and this is his first opinion piece. You can reach Al direct at Smithaljjs@knology.net or here at feedback@wired2fish.com. Do you agree with him?

When you hear the term “grassroots angler” what comes to mind?

If you break it down, grassroots is anyone who is not a professional. You are part of the part of the grassroots environment if you like to fish but do not make a living on the pro tournament circuits. That’s pretty basic, but we can go even more in-depth with the definition.

Fishing has several different levels of participation. The most basic is the occasional angler, folks who make a few trips a year and have the most basic equipment. Catching a fish is truly a bonus. They simply enjoy being outdoors, either in a boat or on the bank, and use fishing as the excuse to get outside to enjoy nature.

Next are hobby anglers who make multiple trips, rate fishing as a favored pastime and may be a member of an organized club. Most just love to fish, may have a buddy or two and are fishing for fun, to learn something new or, in some cases, food for the table. This is by far the largest segment of our bass fishing population but probably spend the least amount of money each year within the industry.

Some good examples of team circuits are the Fishers of Men, U.S. Angler’s Choice and American Bass Anglers. Team trails are a vital part of our industry. Clubs and team trail anglers are more devoted and often spend more expendable income on the sport. Competition is high but anglers often find the camaraderie with other anglers as enjoyable as the fishing. Almost every event/organization has entry fees and membership dues.

This organized level also includes magazine-based subscription services, such as with North American Fisherman, with benefits and programs for dues-paying members. This level is usually not club based and is geared more towards the individual member. Competition is secondary, with the focus primarily on member benefits and learning about new products, tips and the sport.

The last level is what I call the “wannabe” angler, who wishes he could be a professional on the top circuits but, most likely, never will be. They have the latest and greatest tackle, boats and clothing. They try to look like a pro for mostly local events. They join a club but are not real club-oriented, only belonging in order to compete in the club’s events. They are usually focused on the self-promotion for a desired launch into bass fishing greatness. They spend more than they can afford trying to survive event-to-event hoping the next event will launch them into a fulltime career in bass fishing.

For the most part that is a breakdown of what I believe comprises our grassroots fishing world. I know I could have broken it down into more categories and probably been justified, but I think that paints a pretty good picture of what I see out there in our fishing industry.

In future columns we’ll take a look at how things affect the different grassroots levels. I think we will see that while change is inevitable it does not always affect the entire grassroots environment the same way. A change within the industry could be good for one level while bad for another.

Stick around as we’ll take a look at our ever changing sport and what I believe it means to those who love it!